Diocese of Limerick and Killaloe

Diocese of Limerick and Killaloe 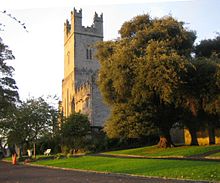 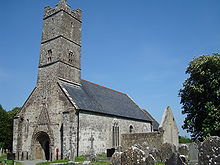 The Diocese of Limerick and Killaloe (Full title: United Dioceses of Limerick, Ardfert, Aghadoe, Killaloe, Kilfenora, Clonfert, Kilmacduagh and Emly) is a diocese in the Church of Ireland, located in Ireland. It is in the ecclesiastical province of Dublin. It is one of the twelve Church of Ireland dioceses which cover the whole of Ireland. The diocese covers all of counties Limerick, Kerry and Clare, plus parts of counties Galway, Cork and North Tipperary.

The current bishop is the Right Reverend Trevor Williams who was elected on 6 May 2008[1] and consecrated at Christ Church Cathedral, Dublin on 11 July 2008.[2]

When the Church in England broke communion with the Roman Catholic Church, the Church of England was established by the state as the established church. Later, by decree of the Irish Parliament, a similar new body became the State Church in the Kingdom of Ireland. It assumed possession of most Church property (and so retained a great repository of religious architecture and other items, though some were later destroyed). The substantial majority of the population remained faithful to Roman Catholicism, despite the political and economic advantages of membership in the state church. They were obliged to find alternative premises and to conduct their services in secret. The English-speaking minority mostly adhered to the Church of Ireland or to Presbyterianism. In 1833, the two provinces of Dublin and Cashel were merged. Over the centuries, numerous dioceses were merged, in view of declining membership. The same is true for this diocese where it can be seen that each of the entities listed in the title would have been a diocese in its own right. It is for this reason that the united diocese has three cathedrals.

Five others are in ruins or no longer exist:

The diocese is divided into a number of parish groups.[6]