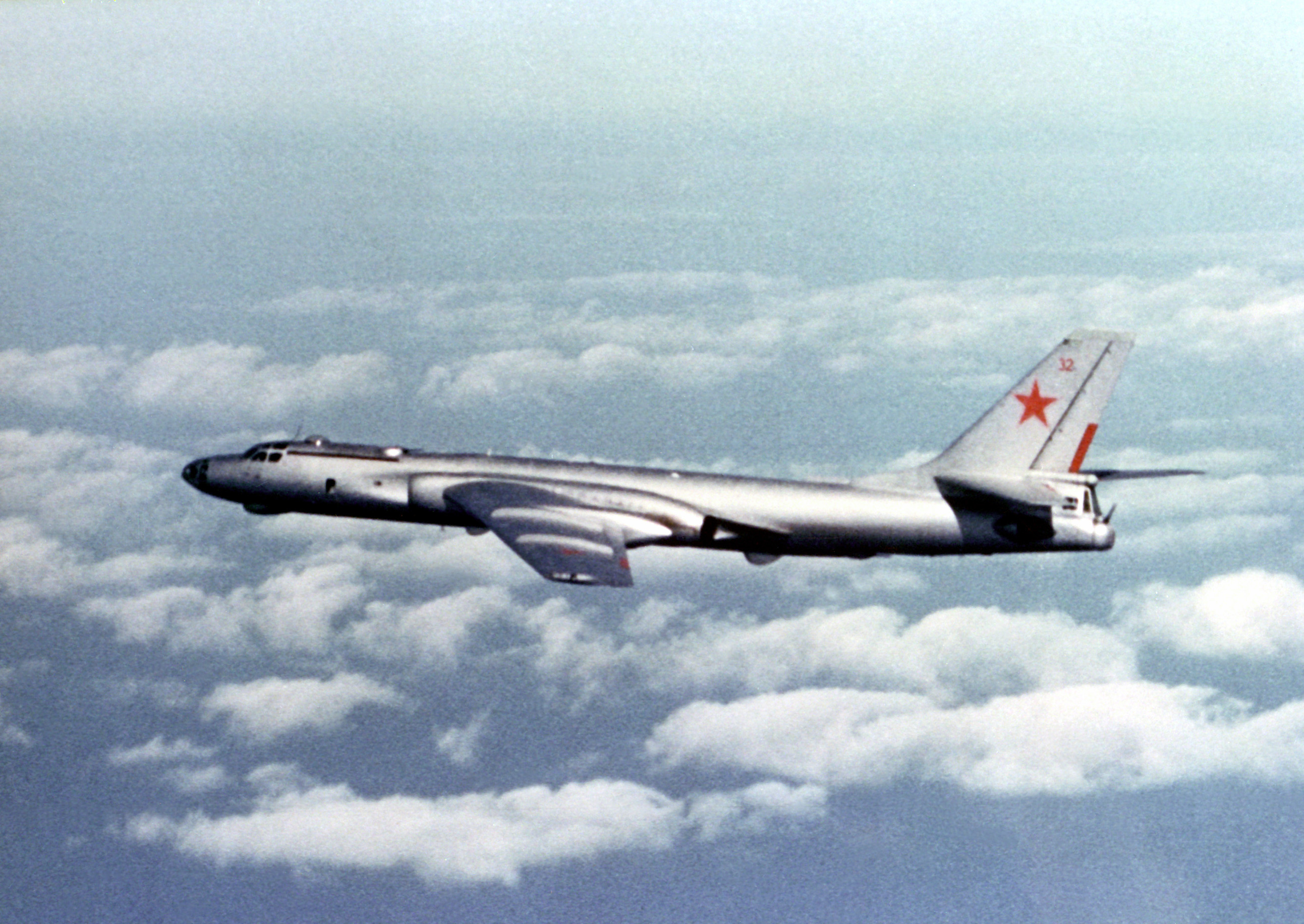 The Tu-16 ( codename: Badger) was a twin-engine jet bomber used by the . It has flown for more than 50 years and, as the , remains in service with the Chinese air force.

In the late the was strongly committed to matching the in capability. The Soviets' only long-range bomber at the time was Tupolev's Tu-4 'Bull', a reverse-engineered version of the American . The development of the extremely powerful led to the possibility of a large, jet-powered bomber.

The Tupolev design bureau began work on the Tu-88 ("Aircraft N") prototypes in 1950. The Tu-88 first flew on 1952. After winning a competition against the , it was approved for production in December 1952. The first production bombers entered service with Frontal Aviation in 1954, receiving the service designation Tu-16. It received the 'Badger-A'.

Although the Tu-16 began as a high-altitude, free-fall bomber, in the mid-1950s it was equipped to carry early Soviet s. The Tu-16KS-1 ('Badger-B') version could carry AS-1 'Kennel' missiles over a combat radius of 1,800 km (1,125 mi). These very large weapons were aerodynamically similar to the MiG-15 'Fagot' fighter, fitted with either a nuclear or conventional warhead, had a range of about 140 km (90 mi). They were intended for use primarily against s and other large surface ships. Subsequent Tu-16s were converted to carry later, more advanced missiles, while their designations changed several times.

A versatile design, the Tu-16 was built in numerous specialized variants for , maritime surveillance, electronic intelligence gathering (), and (ECM). A total of 1507 aircraft was constructed in three plants in the Soviet Union, in 1954-1962. A civilian adaptation, the Tu-104 'Camel', saw passenger service with . The Tu-16 was also exported to , , and . It continued to be used by the Air Forces and naval aviation of the Soviet Union and subsequently Russia until 1993.

Delivery of the Tu-16 to China began in 1958, and the (XAC) produces a copy of it under the Chinese designation Xian H-6. 120+ of these aircraft remain in service.

Among the main production variants of the Badger were the Tu-16 and Tu-16A bombers; Tu-16KS and Tu-16K-10 missile carriers; Tu-16SPS, "Elka", and Tu-16Ye ECM aircraft; Tu-16R reconnaissance aircraft; and Tu-16T torpedo bomber; others were produced from conversions. Individual aircraft could be modified several times, with designations changed, especially concerning missile-carrying aircraft.

* Badger A (Tu-16) - This the basic configuration of the Tu-16 deployed in to replace the . Several modified models of these variant existed, all of which were known as Badger A in the West.
** Tu-16A - Modified Tu-16s designed to carry , one of main versions, with 453 built. Many of those units were subsequently converted into other variants.
** Tu-16Z - An early specialized version of the Tu-16 that served as airborne tankers (a refuelling method: wing-to-wing), though they retain their medium bomber role.
** Tu-16G (Tu-104G) - Fast air mail model, Aeroflot aircrew training version.
** Tu-16N - A dedicated tanker version for / bombers, with probe and drogue system. Entered service in . Similar aircraft Tu-16NN converted from Tu-16Z.
** Tu-16T - Limited production maritime strike version (torpedo bomber), that served in the , and carried es, mines and . 76 built and some more converted. All units subsequently converted into Tu-16S configuration.
** Tu-16S - A lifeboat carrier version used for search and rescue operations.
** Tu-16Ye - These were equipped with heavy and () equipment.
* Badger B (Tu-16KS) - Variant designed as a launch platform for two / missiles. 107 built in 1954-1958, served with the , Egypt and Indonesia. Soviet ones later converted with newer missiles.