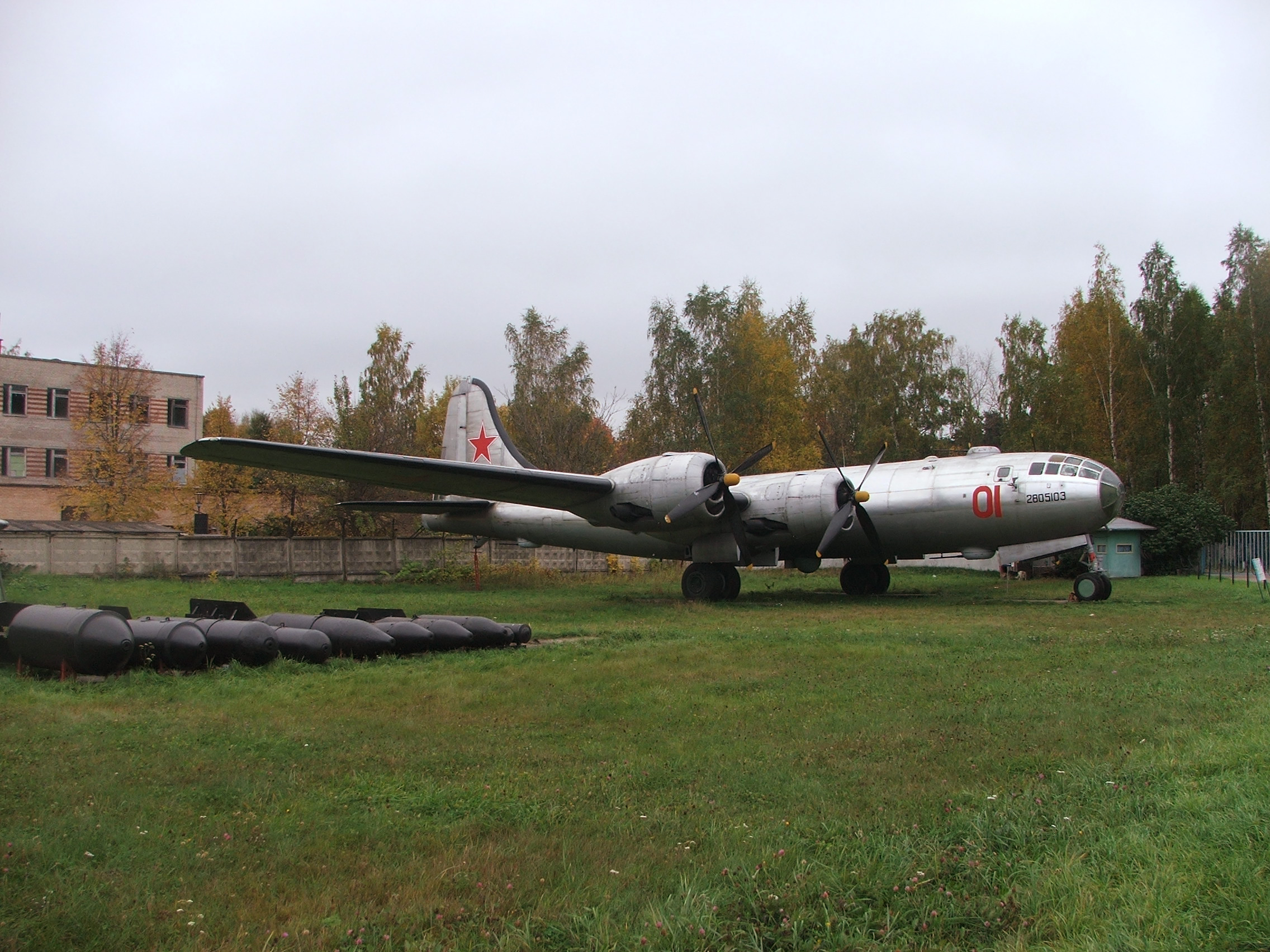 The Tu-4 (: Bull) was a piston-engined Soviet strategic bomber which served the from the late 1940s to mid 1960s. It was a reverse-engineered copy of the -made .

Towards the end of , the Soviet Union saw the need for a strategic bombing capability similar to that of the USAAF. The U.S. regularly conducted bombing raids on Japan, virtually in the Soviet Union's backyard, from distant forward bases using es. Stalin ordered the development of a comparable bomber.

The U.S. refused to supply the Soviet Union with B-29 heavy bombers under , despite repeated Soviet requests.

The Soviets used a different engine, the , which had some parts in common with the Superfortress' but was not identical. The remote-controlled gun turrets were also redesigned to accommodate Soviet 23mm cannons.

The Soviet Union used the metric system, thus 1/16th inch sheet aluminium and proper rivet lengths were unavailable. The corresponding metric-gauge metal was thicker; as a result, the Tu-4 weighed about 3,100 lbs more than the B-29, with a corresponding decrease in range and payload.

The Tu-4 first flew on . Serial production started immediately, and the type entered large scale service in 1949. Entry into service of the Tu-4 threw the USAF into a virtual panic, since the Tu-4 possessed sufficient range to attack , Los Angeles and with a worthwhile load on a one-way mission. Some limited attempts to develop midair refuelling systems were made to extend the bomber's range, but these were fitted to few aircraft.

The aircraft was first displayed during a flyover at the Aviation Day parade on at the Tushino Airport in Moscow. Three aircraft flew overhead. It was assumed that these were merely the three B-29 bombers that were diverted to the USSR during World War II. Minutes later, what appeared to be a fourth B-29 aircraft appeared. Western analysts then concluded that the Soviets were capable of, and actually had, reversed engineered the B-29 because the Soviets were known to have only three B-29s. [ [http://books.google.com/books?id=ZpiZo5fJrCsC&pg=PA67&lpg=PA67&dq=%22tu+4%22+parade+four&source=web&ots=LF5jwoiy2n&sig=PJ_yryK2uo02Xg_IDWnOUk64evw Parade] ] The appearance of an obvious Superfortress-derived transport over the crowd removed any doubt about the success of the task.

In 1967, China attempted to develop its first aircraft, based on the Tu-4 airframe outfitted with turboprop engines. The project was named KJ-1, with a Type 843 rotordome mounted on top of the aircraft. However, the radar and equipment was too heavy and the KJ-1 did not meet PLAAF's requirements, thus the project was cancelled in 1971. [ [http://fas.org/man/dod-101/sys/ac/row/aew-prc.htm Chinese Airborne Early Warning (AEW)] ]

A total of 847 Tu-4s were built in the Soviet Union by the time production ended in 1952, with some going to China during the later 1950s. Many experimental variants were built and the valuable experience launched the Soviet strategic bomber program. Tu-4s were withdrawn in the 1960s, replaced by more advanced aircraft, the (starting in 1956) and (starting in 1954). At the beginning of the , the only remaining Tu-4s in Soviet use were used in transport aviation and as airborne laboratories.