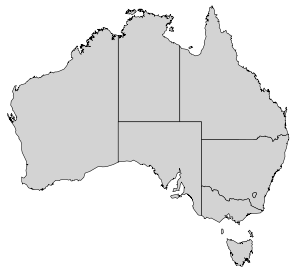 Older classifications also included the following,[2] which have since been split off as two additional branches of Pama–Nyungan:[7]

The Yora (or Iyora) subgroup is sometimes divided among the other two subgroups. Spoken in the region of Sydney, it is sometimes defined to include the Awabakal language[5] listed above, as well as:[2]

Jeremy Steele's partial reconstruction of the Sydney language[11] includes a comparison of pronouns in several Yuin–Kuric languages. The following partial and simplified version shows some of the similarities and differences across the family:

As noted above, some researchers subdivide the Yuin–Kuric languages differently from others, and several languages of the Kuri subgroup have been otherwise classified within the Pama–Nyungan family.

Australian linguist R. M. W. Dixon rejects the concept of Pama–Nyungan languages completely, and indeed questions the traditional "family-tree" model of linguistic change. Dixon's classification does not include the Yuin–Kuric languages as a category.[12] Dixon presents a geographically-based classification, which has considerable overlap with the three subgroups Yuin, Kuri, and Yora: