Chillenden windmill was built by Holman's of Canterbury[3] in 1868, replacing an earlier post mill that had blown down. The new mill incorporated some material from the old one.[2] A windmill was marked on Philip Symonson's map of 1596, John Speed's map of 1611, Robert Morden's map of 1695, Emanuel Bowen's map of 1736, Andrews, Drury and Herbert's map of 1769 and all Ordnance Survey maps from 1819. Holman's, the Canterbury millwrights fitted a new stock and two new sails in 1927,[2] and the mill was working until 1949, when it lost a sail in a gale. Local people raised some money in 1955 to make the mill weatherproof, and on 12 December 1957 the mill was bought for £100[4] by Kent County Council and restored at a cost of £728[5] , although some machinery was removed.[6]

Chillenden windmill collapsed on 26 November 2003.[7] The cause of the mill collapsing was that one of the four piers that the mill sat on had sunk into the ground over time, added to this was the fact that the mill was in a fixed position, and not facing directly into the prevailing wind at the time.[8] The mill wreckage was carefully dismantled on 15 December 2003[9] and put into storage while a decision was made on the future of the building. There were rumours that the mill would be rebuilt at the Museum of Kent Life, but on 31 March 2004 it was announced that the mill was to be rebuilt on site.[10] The restoration work was carried out by IJP Millwrights, of Binfield Heath, Berkshire. The work included new crosstrees and quarterbars, a new windshaft, both breast and tail of the mill rebuilt and new weatherboarding all over. Four new sails were made, replacing those which were on the mill at the time of its collapse. These had been fitted in 2001. By early May 2005, work had commenced on site re-erecting the frame of the mill. The reconstructed frame of the mill was erected on the new trestle on 25 May 2005.[8] The mill reopened to visitors on 13 September 2005.[11]

For a description of the machinery, see Mill machinery. 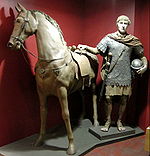