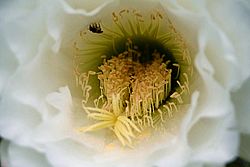 Close-up of an Echinopsis spachiana flower, showing both carpels (only the styles and stigmas are visible) and stamens, making it a perfect flower.

Among all living organisms, flowers, which are the reproductive structures of angiosperms, are the most varied physically and show the greatest diversity in methods of reproduction of all biological systems.[1] Carolus Linnaeus (1735 and 1753) proposed a system of classification of flowering plants based on plant structures, since plants employ many different morphological adaptations involving sexual reproduction, flowers played an important role in that classification system. Later on Christian Konrad Sprengel (1793) studied plant sexuality and called it the "revealed secret of nature" and for the first time it was understood that the pollination process involved both biotic and abiotic interactions (Charles Darwin's theories of natural selection utilized this work to promote his idea of evolution). Plants that are not flowering plants (green alga, mosses, liverworts, hornworts, ferns and gymnosperms such as conifers) also have complex interplays between morphological adaptation and environmental factors in their sexual reproduction. The breeding system, or how the sperm from one plant fertilizes the ovum of another, is the single most important determinant of the mating structure of nonclonal plant populations. The mating structure or morphology of the flower parts and their arrangement on the plant in turn controls the amount and distribution of genetic variation, a central element in the evolutionary process.[2]

The flowers of angiosperms are determinate shoots that have sporophylls. The parts of flowers are named by scientists and show great variation in shape, these flower parts include sepals, petals, stamens and carpels. As a group the sepals form the calyx and as a group the petals form the corolla, together the corolla and the calyx is called the perianth. In flowers which possess indistinguishable calyx and corolla, the individual units are then called "tepals". The stamens collectively are called the androecium and the carpels collectively are called the gynoecium.

The complexity of the systems and devices used by plants to achieve sexual reproduction has resulted in botanists and evolutionary biologists using numerous terms to describe physical structures and functional strategies. Dellaporta and Calderon-Urrea (1993) list and define a variety of terms used to describe the modes of sexuality at different levels in flowering plants. This list is reproduced here,[3] generalized to fit more than just plants that have flowers, and expanded to include other terms and more complete definitions. 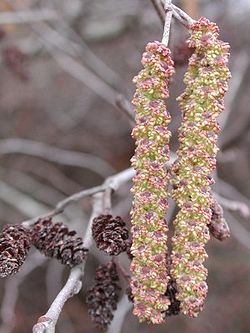 Many plants have complete flowers that have both male and female parts, others only have male or female parts and still other plants have flowers on the same plant that are a mix of male and female flowers. Some plants even have mixes that include all three types of flowers, where some flowers are only male, some are only female and some are both male and female. A distinction needs to be made between arrangements of sexual parts and the expression of sexuality in single plants versus the larger plant population. Some plants also undergo what is called Sex-switching, like Arisaema triphyllum which express sexual differences at different stages of growth. In some arums smaller plants produce all or mostly male flowers and as plants grow larger over the years the male flowers are replaced by more female flowers on the same plant. Arisaema triphyllum thus covers a multitude of sexual conditions in its lifetime; from nonsexual juvenile plants to young plants that are all male, as plants grow larger they have a mix of both male and female flowers, to large plants that have mostly female flowers.[4] Other plant populations have plants that produce more male flowers early in the year and as plants bloom later in the growing season they produce more female flowers. In plants like Thalictrum dioicum all the plants in the species are either male or female.

Specific terms are used to describe the sexual expression of individual plants within a population. 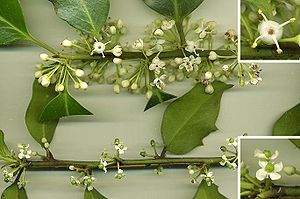 About 11% of all angiosperms are strictly dioecious or monoecious. Intermediate forms of sexual dimorphism, including gynodioecy and androdioecy, represent 7% of the species examined of a survey of 120,000 plant species. In the same survey, 10% of the species contain both unisexual and bisexual flowers.[17]

The majority of plant species use allogamy, also called cross-pollination, as a means of breeding. Many plants are self-fertile and the male parts can pollinate the female parts of the same flower and/or same plant. Some plants use a method known as self-incompatibility to promote outcrossing. In these plants, the male organs cannot fertilize the female parts of the same plant; other plants produce male and female flowers at different times to promote outcrossing.

Dichogamy is common in flowering plants, and occurs when bisexual (perfect) flowers (or sometimes entire plants) produce pollen when the stigmas of the same flower is not receptive of the pollen. This promotes outcrossing by limiting what is called autopollination or self pollination or selfing.[18] These plants are called dichogamous. Some plants have bisexual flowers but the pollen is produced before the stigma of the same flower is receptive of pollen, these are described as protandrous flowers; in a similar way, protogyny describes flowers that have stigmas that can accept pollen before the same flower or plant sheds its pollen.[8]

A species such as the ash tree (Fraxinus excelsior L.), demonstrates the possible range of variation in morphology and functionality exhibited by flowers with respect to gender. Flowers of the ash are wind-pollinated and lack petals and sepals. Structurally, the flowers may be either male or female, or even hermaphroditic, consisting of two anthers and an ovary. A male flower can be morphologically male or hermaphroditic, with anthers and a rudimentary gynoecium. Ash flowers can also be morphologically female, or hermaphroditic and functionally female.

The Asteraceae or sunflower family with close to 22,000 species,[19] have highly modified inflorescences that are flowers collected together in heads composed of a composite of individual flowers called florets. Heads with florets of one sex, when the flowers are pistillate or functionally staminate, or made up of all bisexual florets, are called homogamous and can include discoid and liguliflorous type heads. Some radiate heads may be homogamous too. Plants with heads that have florets of two or more sexual forms are called heterogamous and include radiate and disciform head forms, though some radiate heads may be heterogamous too.

A fair degree of correlation (though far from complete) exists between dioecy/sub-dioecy and plants that have seeds dispersed by birds (both nuts and berries). It is hypothesized that the concentration of fruit in half of the plants increases dispersal efficiency; female plants can produce a higher density of fruit as they do not expend resources on pollen production, and the dispersal agents (birds) need not waste time looking for fruit on male plants. Other correlations with dioecy include: tropical distribution, woody growth form, perenniality, fleshy fruits, and small, green flowers.[22]

Plant growth regulators can be used to alter flower and plant sexuality, in cucumbers ethephon is used to delay staminate flowering and transforms monoecious lines into all-pistillate or female lines. Gibberellins also increase maleness in cucumbers. Cytokinins have been used in grapes that have undeveloped pistils to produce functional female organs and seed formation.