Many of the terms used in Wikipedia glossaries (often most) are already defined and explained within Wikipedia itself. However, lists like the following indicate where new articles need to be written and are also useful for looking up and comparing large numbers of terms together.

This glossary is incomplete; you can help by expanding it: you can also help by adding illustrations that assist an understanding of the terms. 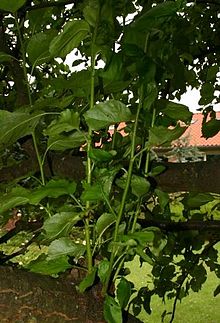