The Delhi class destroyers are guided-missile destroyers of the Indian Navy. Three ships of this class are in active service.[1]

The Delhi class vessels are the largest warships to be fully designed and built in India, although they will soon be superseded by the Kolkata class destroyers and the Vikrant class aircraft carriers. They were built at Mazagon Dock Limited in Mumbai.

The development of the ship began as Project 15 in 1977. The ships were designed indigenously and built by Mazagon Docks Limited (MDL) at a cost of Rs 7 Billion each.

The Delhi class has both Soviet and Western design influences, incorporating elements of the Sovremenny class destroyer, the Rajput class (Kashin-II) destroyer, and the Godavari class frigate.

These vessels are fully fitted with flag facilities. The Delhi class is also capable of operating in a NBC environment. Radar cross-section reduction is presumed to be minimal, to the extent that some sharp angles have been flattened.

In the main air defence role, a pair of 2 3S-90 launchers - one installed forward of the bridge and the other atop the dual helicopter hangar - are fitted with the Shtil SAM system. The Shtil system consists of the Russian Shtil missile and 24 such missiles are carried in a below-decks magazine. The launchers elevate up to 70º but have a limited firing arc of 30º within the centreline. The launcher groups require a crew of 20 men and weigh about 50 tons.

The Delhi class is being upgraded with the Rafael Barak point air defence missile system, which overcomes the limited firing arc of the Shtil system. It has an eight-cell vertical launch system and the missile command-to-line-of-sight (CLOS) radar guidance with a range from 500m to 10 km. The missile's maximum range is 32 km. The ship has a surveillance capacity of over 350 km and can sterilise an area of 250 km.

The ships also have a quadruple 533mm torpedo launcher, which can also be used to launch SS-N-15 'Starfish' or possibly SS-N-16 'Stallion' ASW missiles, so is capable of hitting targets ranging from 50 km to 120 km. It is also equipped with two RBU-6000 anti-submarine rocket launchers with 12 tubes. Their range is 6 km and the maximum engagement depth is 500m.

The ships are equipped with four chaff launch systems and the BEL Ajanta radar interceptor. The TQN-2 jamming system is supplied by the Italian company, Elettronica. The ship's hull mounted active search sonar capability is based on the TSM2633 by Thales Underwater Systems or the APSOH by Bharat. The Delhi Class also has a variable depth sonar, Model 15-750 developed and manufactured in India by Indal and Garden Reach.

Ships of the class 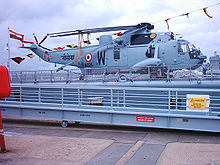