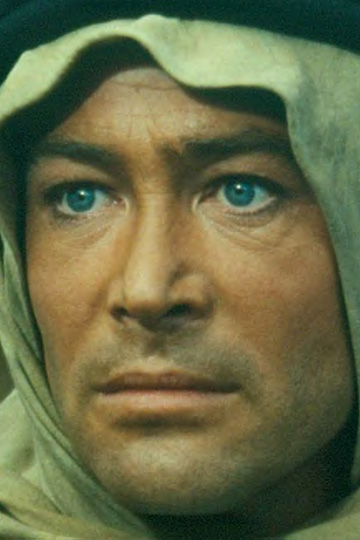 Peter Seamus O'Toole was born in 1932, with some sources giving his birthplace as , , Ireland, and others as , in , , where he also grew up. O'Toole himself is not certain of his birthplace or date, noting in his autobiography that while he accepts as his birthdate, he has conflicting birth certificates in both countries, with the Irish one giving a June, 1932 birthdate.

Upon leaving school O'Toole obtained employment as a trainee and photographer on a provincial newspaper until he was called up for as a in the . As reported in a radio interview in 2006 on NPR, he was asked by an officer whether he had something he'd always wanted to do. His reply was that he'd always wanted to try being either a poet or an actor. O'Toole attended the (RADA) (1952–1954) on a scholarship after being rejected by the 's Drama School in Dublin by the then director , because he couldn't speak Irish. At RADA, he was in the same class as , and . O'Toole described this as "the most remarkable class the academy ever had, though we weren't reckoned for much at the time. We were all considered dotty". [cite web | author=Guy Flatley | title=The Rule of O'Toole | url=http://www.moviecrazed.com/outpast/otoole.htm | work=MovieCrazed | date= | accessdate=2008-04-04]

O'Toole began working in the theatre, gaining recognition as a actor at the and with the , before making his television debut in 1954 and a very minor film debut in 1959. O'Toole's major break came when he was chosen to play in 's "Lawrence of Arabia" (1962), after proved unavailable and turned down the role.

O'Toole is also one of a handful of actors to be Oscar-nominated for playing the same role in two different films; he played King Henry II in both 1964's "Becket" and 1968's "The Lion in Winter". O'Toole played under 's direction in the premiere production of the in 1963. He has also appeared in 's "" at , fulfilling a lifetime ambition when taking to the stage of the Irish capital's in 1970 to play in "" by , alongside the stage actor . His 1980 performance as is often considered one of the greatest disasters in theatre history,Fact|date=June 2008 but he has redeemed his theatrical reputation with his performances as John Tanner in "" and Henry Higgins in "Pygmalion", and won a Laurence Olivier Award for his performance in "" (1989).

O'Toole won an for his role in the 1999 mini-series "Joan of Arc". In 2004, O'Toole played King in the summer blockbuster "Troy". In 2005, he appeared on television as the older version of legendary 18th century Italian adventurer in the BBC drama serial "Casanova". O'Toole's role was mainly to frame the drama, telling the story of his life to serving maid Edith (). The younger Casanova seen for most of the action was played by , who had to wear contact lenses to match his brown eyes to O'Toole's blue.

He was once again nominated for the Best Actor Academy Award for his portrayal of Maurice in the 2006 film "Venus", directed by Roger Michell, his eighth such nomination. Most recently, O'Toole co-stars in the animated film, "Ratatouille", an animated film about a rat with dreams of becoming the greatest chef in Paris. O'Toole has recently starred in the second season of 's hit drama series "" in which he portrays , who excommunicates from the church. That leads to a showdown between the two men in seven of the ten episodes.

In a interview in January 2007, O'Toole said that he had studied women for a very long time, had given it his best try, but knew "nothing". In 1960, he married Welsh actress, , with whom he had two daughters, Kate O'Toole, born 1961 (an award-winning actress and resident of , Ireland) and Patricia; the couple divorced in 1979. Phillips later revealed in two autobiographies that O'Toole had subjected her to mental cruelty - largely fuelled by drinking - and was subject to bouts of extreme jealousy when she finally left him for a younger lover.

He and his ex-girlfriend, model Karen Brown, had a son, Lorcan Patrick O'Toole (born , ), born when Peter was in his fifties. Lorcan, now an actor, was a pupil at Harrow School, boarding at West Acre from 1996.

Severe illness almost ended his life in the late 1970s. Due to his heavy drinking, he underwent surgery in 1976 to have his and a large portion of his stomach removed, which resulted in insulin dependent . O'Toole eventually recovered and returned to work, although he found it harder to get parts in films, resulting in more work for television and occasional stage roles. However, he gave a star turn in 1987's much-garlanded "". He has resided in , County Galway, Ireland since 1963 and at the height of his career maintained homes in Dublin, London and Paris (at the Ritz), but now only keeps his home in London. While studying at RADA in the early 1950s he was active in protesting British involvement in the Korean War. Later in the 1960s he was an active opponent of the Vietnam War.

He is perhaps the only one of his "London" acting contemporaries not to be knighted. While a glaring omission at first glance, as an Irish citizen, O'Toole is not eligible for British Knighthood. However,according to London's "", he was offered an honorary knighthood in 1987, but turned it down for personal and political reasons.

In an interview in December 2006, O'Toole revealed that he knows all 154 sonnets. A self-described romantic, O'Toole regards the sonnets as among the finest collection of English poems. He reads them daily. In the movie "Venus," he recites , "Shall I Compare Thee To A Summer's Day". O'Toole has written two books. "Loitering With Intent: The Child" chronicles his childhood in the years leading up to and was a "" Notable Book of the Year in 1992. His second, "Loitering With Intent: The Apprentice", is about his years spent training with a cadre of friends at the . The books have been praised by critics such as of the "", who wrote: "A cascade of language, a rumbling tumbling riot of words, a pub soliloquy to an invisible but imaginable audience, and the more captivating for it. O'Toole as raconteur is grand company." O'Toole spent parts of 2007 writing his third instalment. This book will have (as he described it) "the meat", meaning highlights from his stage and filmmaking career.

O'Toole is a noted fan of rugby and used to attend matches with friends and fellow rugby fans and . He is also a lifelong player, coach and enthusiast of . O'Toole is licensed to teach and coach cricket to children as young as ten. O'Toole is a fan of the football club . During an interview with DJ Chris Evans on his show TFI Friday, he was asked about his soccer allegiances and snarled 'Sunderland!' as if blighted by the experience.

O'Toole has been interviewed more than three times by on "The Charlie Rose Show". In the last year interview , O'Toole said that the actor who had influenced him the most was . He also said that the difference between actors of yesterday and today are that actors of his generation were trained for "theatre, theatre, theatre." He also believes that the challenge for the actor is "to use his imagination to link to his emotion" and that "good parts make good actors." However, in other venues (including the DVD commentary for ""), O'Toole has also credited as being his most important mentor. In an appearance on "" on , O'Toole said that the actor he most enjoyed working with was his close friend, actress . They made the movie "The Lion in Winter". He played King Henry II to her .

O'Toole remains close friends with his Lawrence of Arabia co-star and his RADA classmate .

O'Toole has been nominated eight times for the Academy Award for Best Actor in a Leading Role, making him the most-nominated actor never to win the award.

In 2003, the Academy honoured him with an for his entire body of work and his lifelong contribution to film.