Samuel Ray Delany, Jr., also known as "Chip"[1] (born April 1, 1942) is an author, professor and literary critic. His work includes a number of novels, many in the science fiction genre, as well as memoir, criticism, and essays on sexuality and society.

His science fiction novels include Babel-17, The Einstein Intersection (winners of the Nebula Award for 1966[2] and 1967[3] respectively), Nova, Dhalgren, and the Return to Nevèrÿon series. After winning four Nebula awards and two Hugo awards over the course of his career, Delany was inducted into the Science Fiction Hall of Fame in 2002. Between 1988 and 1999 he was a professor of comparative literature at the University of Massachusetts Amherst. Between 1999 and 2000 he was a professor of English at SUNY Buffalo. Since January 2001 he has been a professor of English and Creative Writing at Temple University in Philadelphia, where he is Director of the Graduate Creative Writing Program.

Samuel Delany (pronounced /dəˈleɪni/, nicknamed "Chip"[4]) was born on April 1, 1942, and raised in Harlem. His mother, Margaret Carey Boyd Delany, was a library clerk in the New York Public Library system. His father, Samuel Ray Delany, Senior, ran a Harlem undertaking establishment, Levy & Delany Funeral Home, on 7th Avenue, between 1938 and his death in 1960. The family lived in the top two floors of a three-story private house between five- and six-story Harlem apartment buildings. Delany's aunts were Sadie and Bessie Delany; he used some of their adventures as the basis for the adventures of his characters Elsie and Corry in the opening novella "Atlantis: Model 1924" in his book of semi-autobiographical stories Atlantis: Three Tales.

Delany attended the Dalton School and the Bronx High School of Science, during which he was selected to attend Camp Rising Sun, the Louis August Jonas Foundation's international summer scholarship program. Delany and poet Marilyn Hacker met on their first day together in high school in September, 1956, and were married five years later in August, 1961. Their marriage lasted twelve years, and they had a daughter, Iva Hacker-Delany (b. 1974), who spent a decade working in theater in New York City and recently graduated from medical school.[5][6]

Delany has identified as a gay man since adolescence[7], though some authors have classified him as bisexual.[8]

Delany was a published science fiction author by the age of 20, though he actually finished writing that first novel — The Jewels of Aptor — while still only 19 years old. He published nine well-regarded science fiction novels between 1962 and 1968, as well as two prize-winning short stories (collected in Driftglass [1971] and later in Aye, and Gomorrah, and other stories [2002]). In 1966, with Hacker remaining in New York, Delany took an extended trip to Europe,[9] spending several months in Turkey and Greece. These locales found their way into several pieces of his work at that time, including the novel Nova and the short stories "Aye, and Gomorrah" and "Dog in a Fisherman's Net".

After returning from Europe, Delany and Hacker moved to San Francisco, and again to London, before returning to New York. It was during that time that Delany began working with sexual themes and wrote two pornographic works, one of which (Hogg) was considered to be completely unpublishable due to the nature of its content. It would, in fact, be twenty years from the time Delany finished writing the novel before it saw print.

His eleventh and most popular novel, the million-plus-selling Dhalgren, was published in 1975 to both literary acclaim (from both inside and outside the science fiction community) and derision (mostly from within the community). Though he wrote two more major science fiction novels (Triton and Stars in My Pocket Like Grains of Sand) in the decade following Dhalgren, Delany began to work in fantasy for several years. His main literary project through the late 1970s and 1980s was the Return to Nevèrÿon series, the overall title of the four volumes and also the title of the fourth and final book. Following the publication of the Return to Nevèrÿon series, Delany published one more fantasy novel. Released in 1993, They Fly at Çiron is a re-written and expanded version of an unpublished short story Delany wrote in 1962. This would be Delany's last novel in either the science fiction or fantasy genres for many years as he then turned his attention to mainstream literature, pornography, and non-fiction, the latter mostly in the form of literary criticism, interviews, and memoirs.

Delany has published several autobiographical/semi-autobiographical accounts of his life as a black, gay, and highly dyslexic writer, including his Hugo award winning autobiography, The Motion of Light in Water.

Since 1988, Delany has been a professor at several universities. He spent 11 years as a professor of comparative literature at the University of Massachusetts Amherst, a year and a half as an English professor at the University at Buffalo, then moved to the English Department of Temple University in 2001, where he has been teaching since. He has had several visiting guest professorships before, and during, these same years; he has also published several books of criticism, interviews, and essays. In one of his non-fiction books, Times Square Red, Times Square Blue (1999), he draws on personal experience to examine the relationship between the effort to redevelop Times Square and the public sex lives of working-class men, gay and straight, in New York City.

In 2007, his novel Dark Reflections was a winner of the Stonewall Book Award. That same year Delany was the subject of a documentary film, The Polymath, or, The Life and Opinions of Samuel R. Delany, Gentleman, directed by Fred Barney Taylor. The film debuted on April 25 at the 2007 Tribeca Film Festival. The following year, 2008, it tied for Jury Award for Best Documentary at the International Philadelphia Lesbian and Gay Film Festival. Also in 2007, Delany was the April "calendar boy" in the "Legends of the Village" calendar put out by Village Care of New York.[10]

In 2010, Delany was one of the five judges (along with Andrei Codrescu, Sabina Murray, Joanna Scott, and Carolyn See) for the National Book Awards fiction category.[11]

His papers are housed at the Howard Gotlieb Archival Research Center.[12]

Delany's name is one of the most misspelled in science fiction, with over 60 different spellings in reviews.[13] His publisher Doubleday even misspelled his name on the title page of his book Driftglass, as did the organizers of the 16th Balticon where Delany was guest of honor.

Recurring themes in Delany's work include mythology, memory, language, and perception. Class, position in society, and the ability to move from one social stratum to another are motifs that were touched on in his earlier work and became more significant in his later fiction and non-fiction, both. Many of Delany's later (mid-1980s and beyond) works have bodies of water (mostly oceans and rivers) as a common theme, as mentioned by Delany in The Polymath. Though not a theme, coffee, more than any other beverage, is mentioned significantly and often in many of Delany's fictions.

Writing itself (both prose and poetry) is also a repeated theme: several of his characters — Geo in The Jewels of Aptor, Vol Nonik in The Fall of the Towers, Rydra Wong in Babel-17, Ni Ty Lee in Empire Star, Katin Crawford in Nova, the Kid, Ernest Newboy, and William in Dhalgren, Arnold Hawley in Dark Reflections, John Marr and Timothy Hasler in The Mad Man, and Osudh in Phallos — are writers or poets of some sort.

Delany also makes use of repeated imagery: several characters (Hogg, the Kid, and the sensory-syrynx player, the Mouse, in Nova) are known for wearing only one shoe; and nail biting along with rough, calloused (and sometimes veiny) hands are characteristics given to individuals in a number of his fictions. Names are sometimes reused: "Bellona" is the name of a city in both Dhalgren and Trouble on Triton, "Denny" is a character in both Dhalgren and Hogg (which were written almost concurrently despite being published two decades apart), and the name "Hawk" is used for four different characters in three separate stories – Hogg, and the novellas "Time Considered as a Helix of Semi-Precious Stones" and "The Einstein Intersection."

Jewels, reflection, and refraction — not just the imagery but reflection and refraction of text and concepts — are also strong themes and metaphors in Delany’s work: Titles such as The Jewels of Aptor, The Jewel-Hinged Jaw, "Time Considered as a Helix of Semi-Precious Stones", Driftglass, and Dark Reflections along with the optic chain of prisms, mirrors, and lenses worn by several characters in Dhalgren are a few examples of this. Reflection and refraction in narrative are explored in Dhalgren and take center stage in his Return to Nevèrÿon series.

Following the 1968 publication of Nova, there was not only a large gap in Delany's published work (after releasing eight novels and a novella between 1962 and 1968, Delany's published output virtually stops until 1973), there was also a notable addition to the themes found in the stories published after that time. It was at this point that Delany began dealing with sexual themes to an extent rarely equaled in serious writing. Dhalgren and Stars in My Pocket Like Grains of Sand include several sexually explicit passages, and several of his books such as Equinox (originally published as The Tides of Lust, a title that Delany does not endorse), The Mad Man, Hogg and, Phallos can be considered pornography, a label Delany himself endorses.[14]

Novels such as Trouble on Triton and the thousand-plus pages making up his four-volume Return to Nevèrÿon series explored in detail how sexuality and sexual attitudes relate to the socioeconomic underpinnings of a primitive — or, in Trouble on Triton's case, futuristic — society. Even in works with no science fiction or fantasy content to speak of, such as Atlantis: Three Tales, The Mad Man, and Hogg, Delany pursued these questions by creating vivid pictures of New York City, now in the Jazz Age, now in the first decade of the AIDS epidemic, private schools in the 1950s, Greece and Europe in the 1960s, and — in Hogg — generalized small-town America. Phallos details the quest for happiness and security by a gay man from the island of Syracuse in the second-century reign of the Emperor Hadrian. Dark Reflections is a contemporary novel, dealing with themes of repression, old age, and the writer's unrewarded life.

The Mad Man, Phallos, and Dark Reflections are linked in minor ways. The beast mentioned at the beginning of The Mad Man graces the cover of Phallos. In Dark Reflections we learn that novel's protagonist, Arnold Hawley, was the actual anonymous author of the fictive Phallos (the non-existent novel of the same name that Delany's novella "quotes from" and discusses at length). Additionally, Delany's forthcoming Through the Valley of the Nest of Spiders contains several scenes with a statue of the beast from The Mad Man. Finally, the encapsulating "outer frame" story of Phallos is that of one Adrian Rome, whose life partner is someone named Shoat Rumblin. Shoat Rumblin is the name of yet another of Delany's forthcoming works, an excerpt of which appeared in Volume 24, Number 2 of "Callaloo".

Delany has also published several books of literary criticism, with an emphasis on issues in science fiction and other paraliterary genres, comparative literature, and queer studies. 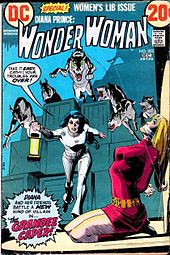 Delany wrote two issues of the comic book Wonder Woman in 1972, during a controversial period in the publication's history when the lead character abandoned her superpowers and became a secret agent.[26] Delany scripted issues #202 and #203 of the series.[27]