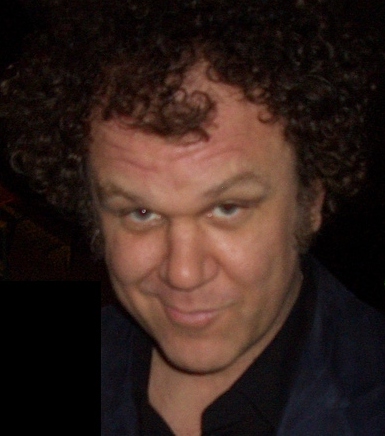 John Christopher Reilly (born , ) is an - and two-time -nominated American .

Reilly, the fifth of six children, was born in to an father and a n mother. [ [http://www.cinemablend.com/new.php?id=7260 Interview: John C. Reilly ] ] [ [http://film.guardian.co.uk/interview/interviewpages/0,6737,1366501,00.html Life of Reilly | Interviews | Guardian Unlimited Film ] ] [ [http://www.sacticket.com/static/movies/news/0910criminal.html SacTicket // Movie News ] ] His father owned a linen supply company. [ [http://www.filmreference.com/film/73/John-C-Reilly.html John C. Reilly Biography (1965-) ] ] He was raised a [ [http://www.eonline.com/celebrities/profile/?uuid=776d0b72-4215-4dab-96e8-233dfe7b3802 John C Reilly - Profile, Latest News and Related Articles ] ] and graduated from Brother Rice High School. Reilly had several minor infractions for juvenile mischief. To better occupy his time, he later became involved with theatre. He subsequently enrolled at the , at . A proud member of the theater, Reilly credits the with helping him gain experience as he was working for his big break.

Reilly made his film debut in the film "Casualties of War" (1989) as PFC Herbert Hatcher. [John C. Reilly(I) - IMDB, http://www.imdb.com/name/nm0000604/, Retrieved 12-13-2007] Although the role of Hatcher was written as a small one, De Palma liked Reilly's performance so much that the role was significantly expanded.

Reilly has consistently appeared in film since his debut; he has appeared in an about 50 roles since 1989, mostly supporting roles.

His profile as a film actor was significantly raised in 2002 when he appeared in three of the year's nominees - "Chicago", "" and "The Hours". The three movies were nominated for a total of 32 Oscars, including one for Best Supporting Actor for Reilly's performance as 's trusting husband in "Chicago". Ultimately, "" won none, "Chicago" won six, and "The Hours" won one. Reilly lost to Chris Cooper for "".

More recently, Reilly appeared in Martin Scorsese's 2004 , "", as Hughes' trusted business partner, . Reilly had to turn down the role of Champ Kind in the film "" in order to appear in "The Aviator". Reilly quit his role in the film "" in protest in when a donkey was killed on-camera for dramatic purposes, in a scene later deleted from the film. [http://www.cbc.ca/fifth/cruelcamera/cruelty.html]

Reilly has been praised for his diversity as an actor, drawing plaudits for his dramatic roles and for being a great comedic actor with notable roles in "", "", and "".

He provided the voice of himself in the "" episode “”.

Reilly has been married since 1992 to , whom he met on the set of "Casualties of War". He is also very good friends with . Reilly is a vegetarian and resides in Los Angeles.