Bangladesh University of Engineering and Technology

Bangladesh University of Engineering and Technology

Bangladesh University of Engineering and Technology (Bengali: বাংলাদেশ প্রকৌশল বিশ্ববিদ্যালয় Bangladesh Prokoushol Bishshobiddalôe) or BUET as it is commonly known, is a Public Engineering University in Bangladesh. It is the oldest Engineering institution in the region, and is regarded as the best university for technological education in Bangladesh. The medium of instruction is English.[1]

Every year, about 1000 students get enrolled in undergraduate and postgraduate programs to study engineering, architecture, planning and science in this institution. The total number of teachers is about 500. The University has continued to expand over the last three decades. This includes the construction of new academic buildings, auditorium complex, halls of residence.

Dhaka Survey School was established in 1876 as a survey school for training surveyors. at Nalgola, in Old Dhaka to train surveyors for the then Government of Bengal of British India.[2] Later, generous grants from Nawab Ahsanullah, a renowned Muslim patron of Education and member of the Nawab family of Dhaka enabled it to expand as a full fledged engineering school. Ahsanullah School of Engineering offered three-year diploma courses in Civil Engineering, Electrical Engineering and Mechanical Engineering. In recognition of the generous financial contribution from the then Nawab of Dhaka, it was named after his father Khwaja Ahsanullah. It was moved to its present premises in 1912.

After the partition of India in 1947, it was upgraded to Ahsanullah Engineering College, as a Faculty of Engineering under the University of Dhaka, offering four-year bachelor's courses in Civil, Electrical, Mechanical, Chemical and Metallurgical Engineering.

In 1962, it was renamed as East Pakistan University of Engineering and Technology (EPUET). A partnership with the Agricultural and Mechanical College of Texas (renamed Texas A&M University in 1963) was forged, and professors from A&M came to teach and to formulate the curriculum. During this period, EPUET offered courses in Mechanical, Electrical, Civil, and Chemical engineering, and Architecture.

After the liberation war of 1971, Bangladesh became independent, and EPUET was renamed to Bangladesh University of Engineering and Technology (BUET).[3]

In 2007, BUET celebrated 60 years of engineering education in Bangladesh by arranging a series of programs and events. 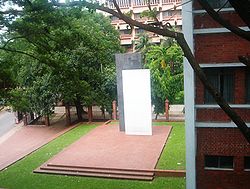 The BUET campus is in the capital city of Dhaka. It has a modest-size[clarification needed] campus with limited capacity for residence within walking distances of the academic buildings. At present the campus occupies 76.85 acres (311,000 m²) of land. The academic area is confined in and around the old campus occupying 30.24 acres (122,000 m²) of land defined by Shahid Sharani, Bakshi Bazar road and the Asian Highway. This area accommodates five faculties, three institutes, the administrative building, the central library, main sports facilities, the auditorium complex, the BUET Club and eighty two small units of residential accommodation of teachers, staff and employees and the Vice-Chancellor's quarter. 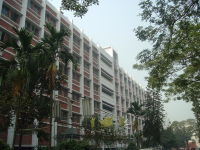 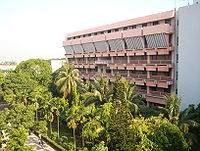 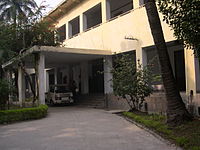 At present there are four institutes in BUET. These institutes offer postgraduate diplomas and Masters degree.

There are 26 seats for foreign students in undergraduate level. The pre-requisite qualification for admission is H.S.C. or GCE A level or its equivalent with good grades in Mathematics, Physics and Chemistry. Tuition and other fees per year is US$1000 (one thousand US dollar) and approximate cost for food, lodging etc. is US$100 (one hundred US dollar) per month. Maximum 10 students from a single country are allowed for admission.[6] 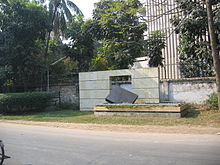 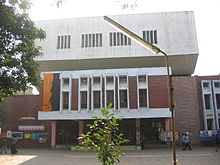 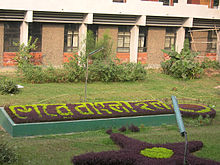 There are eight residence halls to provide housing for BUET students. The Shahid Smriti Hall is reserved for young teachers who do not have an official quarter in the campus and for the graduate students.[citation needed] The Chatri Hall is for female students, and the remaining six halls are for male students studying in the undergraduate level. These halls were built in different periods of time[when?]. Designs of these halls bear the history and architecture of different time. Administrative head of a residence hall is its provost, usually chosen from the senior teachers of different faculties. 3 Assistant Provosts are also appointed in the hall administration. Most of the halls are named after several eminent figures in the history of Bangladesh. These are listed below:

A large number of BUET alumni are working in the industry and academia both in Bangladesh and outside Bangladesh.