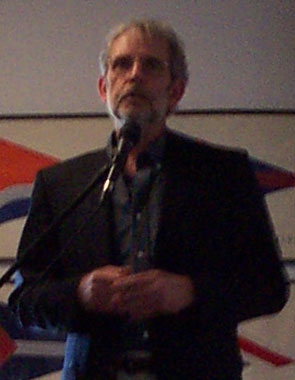 He went to , a private preparatory school in Manhattan, from 1949 to 1961. He then attended from 1961 to 1965, graduating in Liberal Arts. While at Hopkins, he met future director/screenwriter Matthew Robbins and , with whom he staged a number of s. In 1965, Murch and Robbins enrolled in the graduate program of the film school, successfully encouraging Deschanel to follow them. There all three encountered, and became friends with, fellow students such as , , , and all of whom would go on to be successful filmmakers.

Murch started editing and mixing with 's "The Rain People" (1969). Subsequently, he worked on George Lucas's "", "" and Coppola's "" before editing picture and mixing sound on Coppola's "," for which he received an Academy Award nomination in sound in 1974. Murch also mixed the sound for Coppola's "" which was released in 1974, the same year as "The Conversation". He is most famous for his sound designing work on "", for which he won his first "" in 1979. In 1985 he directed his one film, "", which he co-wrote with .

Unlike most film editors today, Murch works standing up, comparing the process of film editing to "brain surgery and short-order cooking", since both cooks and surgeons stand when they work. In contrast, when writing, he does so lying down. His reason for this is that where editing film is an editorial process, the creation process of writing is opposite that, and so he lies down rather than sit or stand up, to separate his editing mind from his creating mind. [Review of "The Conversations". [http://www.webdelsol.com/SolPix/sp-murch.htm The Author and the Film Editor: Ondaatje interviews Murch by Mike Shen] Webpage retrieved February 14, 2008.]

In 2007 the documentary "Murch" premiered at the , which centered on Walter Murch and his thoughts on film making. [Ichioka, Edie and Ichioka, David (2007). [http://www.studioichioka.com/ "Walter Murch on Editing"] . Webpage retrieved December 24, 2007.]

While he was editing with film, Murch took notice of the crude splicing used for the daily rough-cuts. In response, he invented a film splicer which concealed the splice by using extremely narrow but strongly adhesive strips of special polyester-silicone tape. He called his invention "In-vis-o".

In 1979, he won an Oscar for the sound mix of "" as well as a nomination for picture editing. Murch is widely acknowledged as the person who coined the term , and along with colleagues developed the current standard film sound format, the 5.1 channel array, helping to elevate the art and impact of film sound to a new level. "Apocalypse Now" was the first multi-channel film to be mixed using a computerized mixing board.

In 1996, Murch worked on 's "The English Patient", which was based on 's novel of the same name. Murch won Oscars both for his sound mixing and for his editing. Murch's editing Oscar was the first to be awarded for an electronically edited film (using the system), and he is the only person ever to win Oscars for both sound mixing and film editing.

In 2003, Murch edited another film, "Cold Mountain" on Apple's sub-$1000 software using off the shelf computers. This was a leap for such a big-budget film, where expensive systems were usually the standard . He received an Academy Award nomination for this work; his efforts on the film were documented in Charles Koppelman's 2004 book "Behind the Seen".

In 2006, he was awarded an honorary Doctorate of Letters by the in Vancouver, Canada.