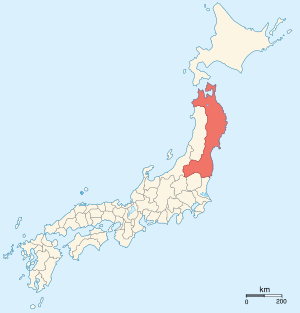 Mutsu Province (陸奥国, Mutsu no kuni?) was an old province of Japan in the area of Fukushima, Miyagi, Iwate and Aomori prefecture and the municipalities of Kazuno and Kosaka in Akita Prefecture. It was also known as Ōshū (奥州?) or Rikushū (陸州?), and the term Ōu is often used to refer to combined area of Mutsu and the neighboring Dewa, which comprise the Japanese Tohoku. 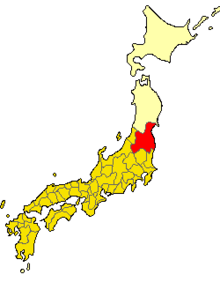 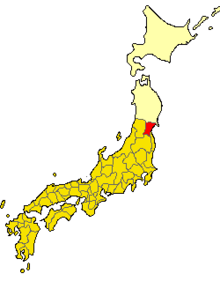 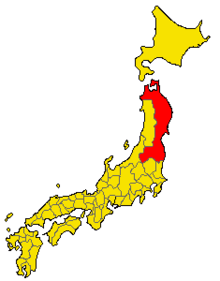 Mutsu Province from Kamakura era to 1868

Mutsu, on northern Honshū, was one of the last provinces to be formed as land was taken from the indigenous Emishi and became the largest as it expanded northward. The ancient capital was in modern Miyagi Prefecture.

During the Sengoku Period, various clans ruled different parts of the province. The Uesugi clan had a castle town at Wakamatsu in the south, the Nanbu clan at Morioka in the north, and Date Masamune, a close ally of the Tokugawa, established Sendai, which is now the largest city in the Tōhoku Region. 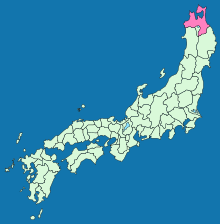 On December 7, 1868 (January 19, 1869 in the Gregorian calendar), four additional provinces (Rikuchū, Rikuzen, Iwaki, and Iwashiro) were separated from Mutsu, leaving only a rump corresponding to today's Aomori Prefecture. At the same time, while the characters of the name were unchanged, the official reading was changed to the on'yomi version Rikuō.[4]

Districts during the Meiji Era