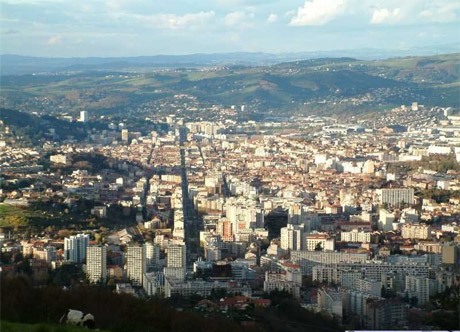 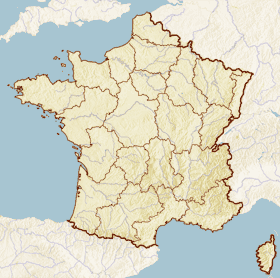 The town is situated on the trunk road that connects with through the .

In the 16th century, Saint-Étienne possessed an arms factory, and it was this industry which accounted for the town's importance, though it engaged also in the manufacture of and from the 17th century. (During the Saint-Étienne was renamed Armeville ("Arms town") because of this activity.) Later still it became a coal-mining centre and more recently has been known for the manufacture of bicycles. Saint-Étienne was the seat of a post office in 1825 and in 1832, and a relay station in 1832. It did not really develop to any degree until the 19th century.

In the first half of the 19th century, it was only a chief town of an arrondissement in the "département" of the Loire, with a population in 1832 numbering 19,672 in the east canton and 13,392. Concentration of industry locally prompted these numbers to rise rapidly to 110,000 by about 1880. It was this growing importance of Saint-Étienne that led to its being made seat of the prefecture and the departmental administration on , Saint-Étienne became the chief town in the "département" and seat of the prefect, usurping the position which had hitherto belonged to Montbrison. This latter was reduced to the status of a chief town of an arrondissement. Saint-Étienne had absorbed the commune of and several other neighbouring localities on .

Starting from it is the place of s (the place of birth of the composer), devoted mainly to perform his s.

Inhabitants of Saint-Étienne are called "stéphanois" in French. They are named so because "Étienne" is French equivalent of the Greek "Stephanos" (Stephen in English).

The Church in Saint-Étienne

Before the the town comprised only two parishes: Saint-Étienne (or the mother church of , 13th century) and Notre-Dame (17th century). After the Revolutionary terror, three chapels of ease were set up: Saint-Louis and Saint-Ennemond, which had a priest in charge from February 1803, and Saint-Marie whose church, under the old regime, had been that of the convent of the same name. All the other parishes in the town are later than 1840, with the exception of . A significant event in the history of the Church in Saint-Étienne was the mission that was preached there from to by the diocesan missioners of Lyons, lead by the abbé , and including the abbé . This mission made a considerable stir and was the subject of an article in the newspaper "" (t. 28, 106-107) as well as of a famous satirical poem in the regional language, .

The Saint-Étienne diocese was erected only in the 1970s, formed by the arrondissements of Saint-Étienne and Montbrison, constituting thus the greater part of the department of the Loire. Hitherto the entire had been part of the diocese since 1801. There were consequently no united and no significant obsolete jurisdictions nor any diocese resulting from the system set up by the 1790 .

The Association Sportive de Saint-Étienne is a football club based in this area.

St. Étienne used to be the capital of the French industry. A major manufacturer is based in the city, and at some point frame manufacturers such as and Vitus were also based here. The city often hosts a stage of the .

In summer 2005, the Tour de France passed through St. Étienne. won the time trial ("contre-la-montre") stage, his only stage win of his 7th and final Tour win.

The city is home to three museums, of which the Musée d'Art Moderne, has one of the finest collections of Modern Art in the world. It is surpassed only by the equivalent museum in Paris and New York's MOMA (Museum of Modern Art) in terms of content. The other museums are Musée de la Mine, and Musée des Ponts et Chaussées.

Saint-Étienne is notable also for its tramway. During the RomanCentury|20, almost all other French cities got rid of their tramways, only Saint-Étienne and kept their systems. This went full circle as gradually many French cities began to realise the benefits and reinstall their networks, whilst Saint-Étienne simply bought new trams and helped other cities with its experience.

Bus and tram transport is regulated and provided by the STAS, a public transport executive type organisation.

It was also the place where died.