The North American XSN2J-1, also known by the company designation NA-142, was developed for the U.S. Navy by North American Aviation as a replacement for the SNJ Texan as an advanced scout-trainer. Designed in competition with the Fairchild XNQ, neither aircraft was considered satisfactory in evaluations. However, the XSN2J was later developed into the successful T-28 Trojan for the U.S. Air Force. 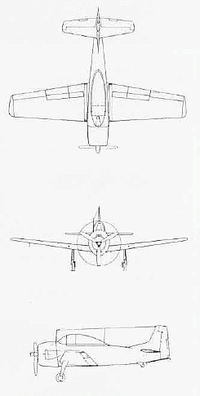