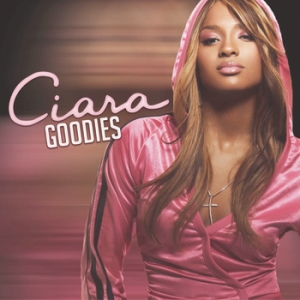 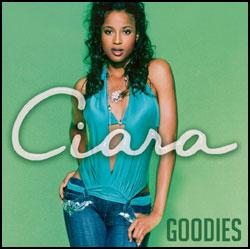 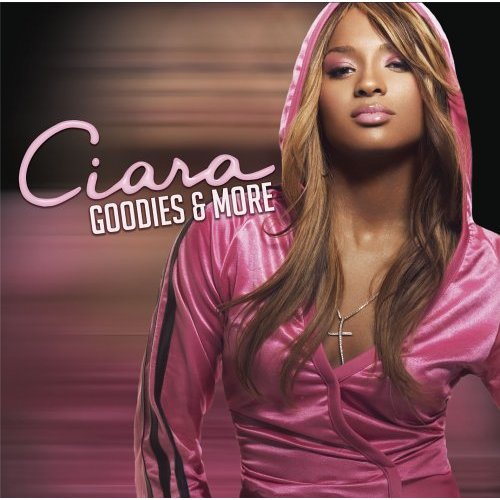 "Goodies" is the by American singer . It was released by and , collaborating with 's in the on , (see ) and in the . It received mixed reviews from music critics and garnered several awards and nominations, including the -nominated single, "" for Best Rap/Sung Collaboration in 2006. "Goodies" debuted at number three on the and has been certified three times platinum by the RIAA.

The album focuses on mid-tempo R&B songs, hip hop-influenced dance tracks, catchy pop hooks, and smooth ballads. It features vocal appearances from , , , and . Pablo appears on the "Goodies", Elliott raps a verse and includes additional vocals on the second single "1, 2 Step", and Ludacris performs on the third single "Oh". "", the fourth single, is the lowest-charting and the only single without a featured act from the album. To date, the album has sold over 3 million copies in the U.S., and over 5 million worldwide.

Ciara recorded about ninety-eight percent of the album in Atlanta. Four demo recordings ("", "Thug Style", "Pick Up the Phone", and "Lookin’ at You") produced by Jazze Pha, two years before the album’s release, were added during the album’s production. Three of them were co-written with R&B . Ciara recorded songs with local Atlanta producers such as, Bangladesh, Flash Technology, French, Jasper Cameron, and , who now resided in Atlanta. Tracks with other producers Ollie Wood ("Represent Me") and Corna Boyz ("Insecure") do not appear on the album, but have been released and leaked. "Represent Me was released on the audio CD on Ciara's DVD "". R&B singer-songwriter and producer penned and produced the track "Next to You". A song called "" that Ciara wrote when she was fifteen years old after separating from her ex-boyfriend made the final track listing. It was produced by Adonis Shropshire. Ciara co-wrote a demo with , who was co-writer of Usher’s international hit "Yeah!". Hip-hop- producer heard the demo and wanted to record the full song. The demo became "Goodies", which is the to ’s "Freek-a-Leek".

"Goodies" debuted at number three on the and number one on the R&B/Hip-Hop Albums chart, selling over 125, 000 copies in its first week. The album remained the "Billboard" albums chart for over a year. It was certified triple platinum by the RIAA on , . "Goodies" was most successful within the . It was moderately successful internationally such as, , , and . The album to date has sold over 5 million copies worldwide. [ [http://www.andpop.com/article/7924 "Ciara Evolving at Age 21"] . Retrieved , .]