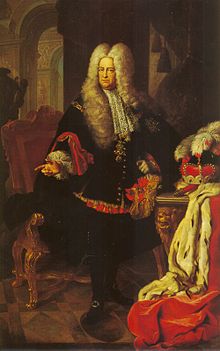 Born in Neuburg an der Donau, Charles Philip was the seventh of 17 children of Philipp Wilhelm, Elector Palatine and Elisabeth Amalie of Hesse-Darmstadt.

Though Charles Philip became a cleric in Cologne at the age of fourteen, suchlike in 1677 in Salzburg and again in 1679 in Mainz, he was not ordained but started a military career in 1684. He then joined the Habsburg war against the Turks 1691-1694 and was promoted imperial field marshal. In 1712 he was appointed Governor of Further Austria in Innsbruck.

Charles Philip succeeded his brother Johann Wilhelm, Elector Palatine on his death in 1716. He moved the Palatinate's capital from Heidelberg to the new city of Mannheim in 1720, but not before promoting his favorite court jester, Perkeo of Heidelberg, to be in charge of the castle's wine stocks. To strengthen the union of all lines of the Wittelsbach dynasty Charles Philip organized a wedding on 17 January 1742 when his granddaughter Elizabeth Auguste was married to Charles Theodore of Palatinate-Sulzbach and her sister Maria Anna to the Bavarian prince Clement. In the imperial election a few days later Charles III Philip voted for his Bavarian cousin Prince-Elector Charles Albert.

While in Mannheim, Charles III Philip, and later his successor Charles IV Theodore, put together what was commonly regarded as the finest orchestra in all of Europe. Under the leadership of musicians such as Johann Stamitz and Carlo Grua, the orchestra of the Kapelle was lauded by such musicians such as Leopold and Wolfgang Amadeus Mozart. 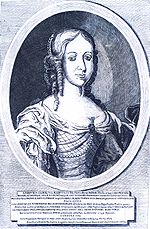 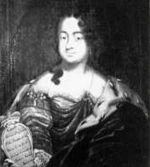