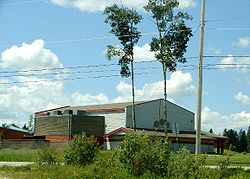 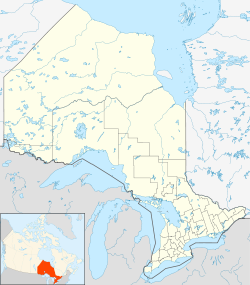 Constance Lake First Nation is an Oji-Cree First Nation in Cochrane District in northeastern Ontario, Canada,[1] directly north of the community of Calstock along a continuation of Ontario Highway 663.[2] In 2010, the First Nation had a total registered population of 1,477 people, of which the on-reserve population was 820.

The First Nation elects its leadership for a two-year term through the Act Electoral System. As of 2010[update], the leadership is held by chief Roger Wesley, together with six (6) councillors: Charlie Baxter, Sr., Allen Ferris, Darius Ferris, Beatrice Ineese, Ken Neegan and Fred Sackaney.[3]

Constance Lake is policed by the Nishnawbe-Aski Police Service, an Aboriginal based service.