Ministry of Transportation of Ontario

Ministry of Transportation of Ontario

The Ministry of Transportation of Ontario (MTO) is the provincial ministry of the government of Ontario which is responsible for transport infrastructure and related law in Ontario. The ministry traces its roots back over a century to the 1890s, when the province began training Provincial Road Building Instructors. In 1916, the Department of Highways (DOH) was formed and tasked with establishing a network of provincial highways. The first was designated on 1918, and by the summer of 1925, sixteen highways were numbered. In the mid-1920s, a new Department of Northern Development (DND) was created to manage infrastructure improvements in northern Ontario; it merged with the DOH on April 1, 1937. In 1972, the Department of Highways was reorganized as the Ministry of Transportation and Communications (MTC), which then became the Ministry of Transportation in 1987.

The ministry is in charge of various aspects of transportation in Ontario, including the establishment and maintenance of the provincial highway system, the licencing and training of vehicles and drivers, and the policing of provincial roads, enforced by the Ontario Provincial Police.

The province began training Provincial Road Building Instructors in 1896. These instructors worked to establish specifications for the almost 90,000 kilometres (56,000 mi) of county- and township- maintained roads. That same year, the Ontario Good Roads Association (now the Canadian Automobile Association) was formed. Under considerable pressure from the Roads Association and the ever increasing number of drivers, which the province itself licensed at that time, the Department of Highways was formed in 1916 with the goal of creating a provincial highway network. The DOH assumed its first highway, the Provincial Highway on August 21, 1917,[1]. On February 20, 1920, the DOH assumed several hundred kilometres of new highways, formally establishing the Provincial Highway System.

The MTO is responsible for: 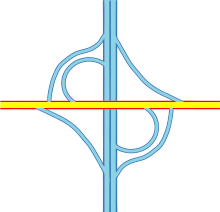 The Parclo interchange was invented by the Ministry of Transportation

A list of Area Maintenance contractors currently under contract with the MTO include:[citation needed]

Area term contracts (ATCs) are the latest maintenance and construction alternative being reviewed by the MTO. ATCs, if they are approved for tender, will cover all maintenance operations now performed by AMC contractors, but will also include annual pavement maintenance and replacement work, bridge rehabilitation, minor capital construction programs and corridor management.

Transportation Enforcement Officers inspect commercial vehicles, their loads, and driver’s qualifications and documentation. They collect evidence, issue provincial offence notices or summons to court for violations, and testify in court.

Although many Transportation Enforcement Officers are licensed vehicle mechanics, most are not. TEOs hail from various backgrounds including driver licensing examination, automobile repair, commercial truck driving and other law enforcement agencies. 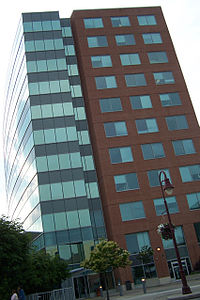 There are five regional offices:

Area offices are located in:

The minister's name has changed since 1919 under various departments[2]:

Minister of Public Works and Highways

Minister of Transportation and Communications