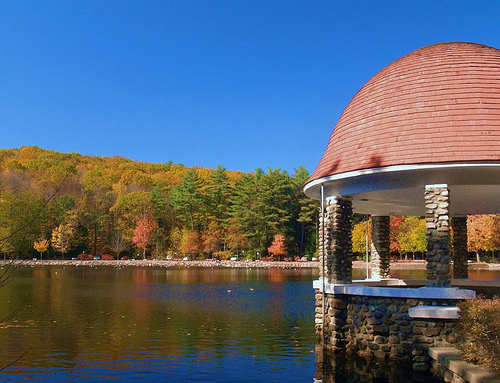 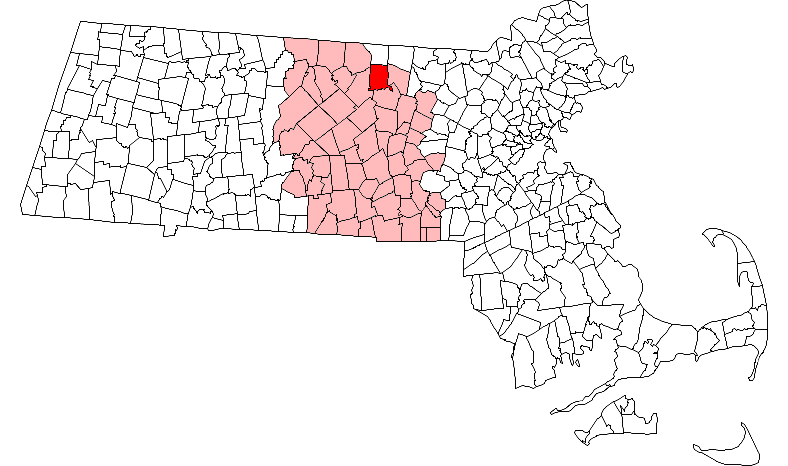 Fitchburg was first settled in 1730 and was officially incorporated in 1764. It is named for John Fitch, a settler. In 1748, Fitch and his family were abducted to by Native Americans, but returned the next year.Fact|date=May 2008

Fitchburg is situated on both the and a line. The original ran through the , linking Boston and . The tunnel was built using the Burleigh Rock Drill, designed and built in Fitchburg. Fitchburg was a 19th century industrial center. Originally operated by , large mills produced machines, tools, clothing, paper, and firearms. The city is noted for its , particularly in the Victorian style, built at the height of its prosperity. As one of two shire towns "The Northern Worcester County Registry of Deeds", established in 1903, and the county jail on Water Street were two county facilities located in Fitchburg.

Fitchburg has a rich football tradition, and every year they play cross-town rivals Leominster in the Thanksgiving day game, which is a proud member of a in the United States.

Transportation for Fitchburg is supplied by the (MART), , and various cab companies. MART has 4 bus routes in Fitchburg, two of which overlap into Leominster. [MART system Map & Schedule, Fitchburg/Leominster] The MBTA operates a Commuter train to Boston's .

* Throughout the early Twentieth Century, Fitchburg was known for its paper industry which occupied the banks of the Nashua River and employed a large segment of the European immigrant population. It has been noted by many residents in Fitchburg, that the Nashua river would be dyed the color the paper mills had been coloring the paper that day.
* Founded in 1939, the , Inc. purchased the former County Jail buildings and grounds in the 1940s and has operated as a manufacturing and distributing facility for snack products since that time.
* Two truck manufacturing firms, the Wachusett Truck Company and the New England Truck Company operated in Fitchburg during the early twentieth century.
* The Iver Johnson Arms and Cycle Works made motorcycles for a short time, in addition to their primary products, firearms and bicycles.
* , a large company was founded in Fitchburg in 1903 before moving to , .

* , newspaper writer
* , Medal of Honor recipient - Civil War
* and , drivers
* , Catholic priest, born in Fitchburg, whose life's mission was dedicated to the victims of
* Bruce Gordon, actor, , "", "", "", and "The Untouchables"
* , Winter and Summer Olympian; is held in his memory
* , Major League ballplayer, and manager of the and the Champion .
* James "Nixey" Callahan, Major League Baseball pitcher around the turn of the 20th century, later manager of the .
* , host of spent some years in Fitchburg and occasionally mentions the city on his show.
* , (Amerie Marie Mi Rogers) Singer & Actress
* , Denishawn dancer, teacher, choreographer, producer.
* , , author, modern dancer with Dance Company.