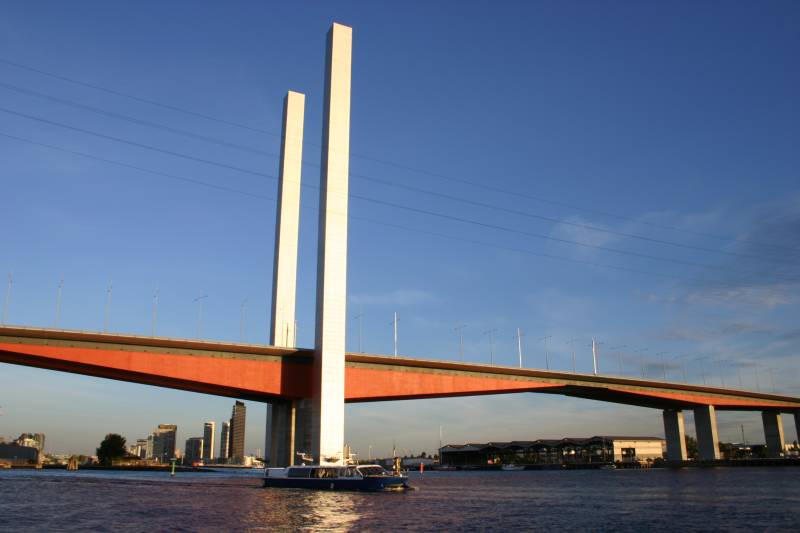 map_text=
map_width=180px
coordinates= coord|37|49|10.12|S|144|55|55.65|E
lat=
long=The Bolte Bridge is a large twin Cantilever in , Victoria, . It spans the and Victoria Harbour in the Docklands precinct to the west of the Melbourne CBD. It forms part of the system of tollroads that connects the from the northern suburbs with the and the Domain and Burnley tunnels to the and the south eastern suburbs.

The bridge was designed by architects and was built for head contractor by , construction taking three years from to and costing $75 million. It was named for former Premier of Victoria, Sir Henry Bolte.

It is one of the largest balanced cantilever cast in situ box girder bridges in Australia. The superstructure is built as two independent bridges of variable depth, prestressed concrete box girders, separated by a 1.15 m clear gap between the structures.

Other bridges in Australia of similar construction are the and near Gosford, north of Sydney.