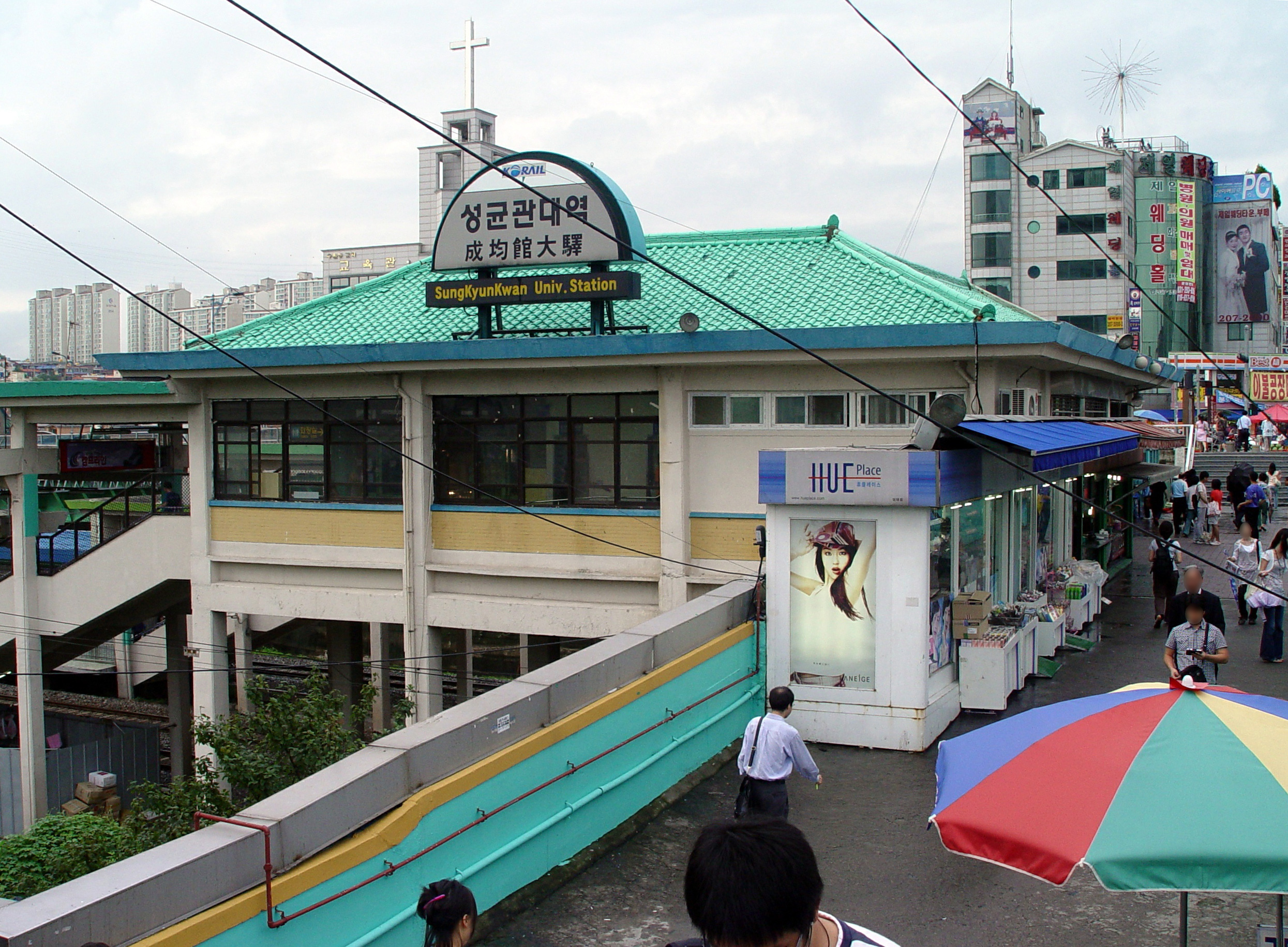 Sungkyunkwan University Station opened on , , under the name of Yuljeon Station (율전역/linktext|栗|田|驛), a name taken from the dong in which it is located. Five years later, on , , it was renamed Seongdae-ap Station (성대앞역/linktext|成|大앞linktext|驛), taking its name as an abbreviated form of the nearby campus. It was only on , that it took its current full name of Sungkyunkwan University Station.

The first train of the day weekdays (not including national holidays) is at 5.18 a.m. northbound and 5.33 a.m. southbound, while the last is at 11.57 p.m. northbound and 12.18 a.m. southbound. Northbound trains have various destinations. Some terminate at Guro, others at , some at Dongmyo, others at Cheongnyangni, while some continue as far as Seongbuk. None, however, continue beyond Seongbuk, so if travel beyond is required, it is necessary to change trains. Some southbound trains terminate at Byeongjeom, while the remainder continue to Cheonan.