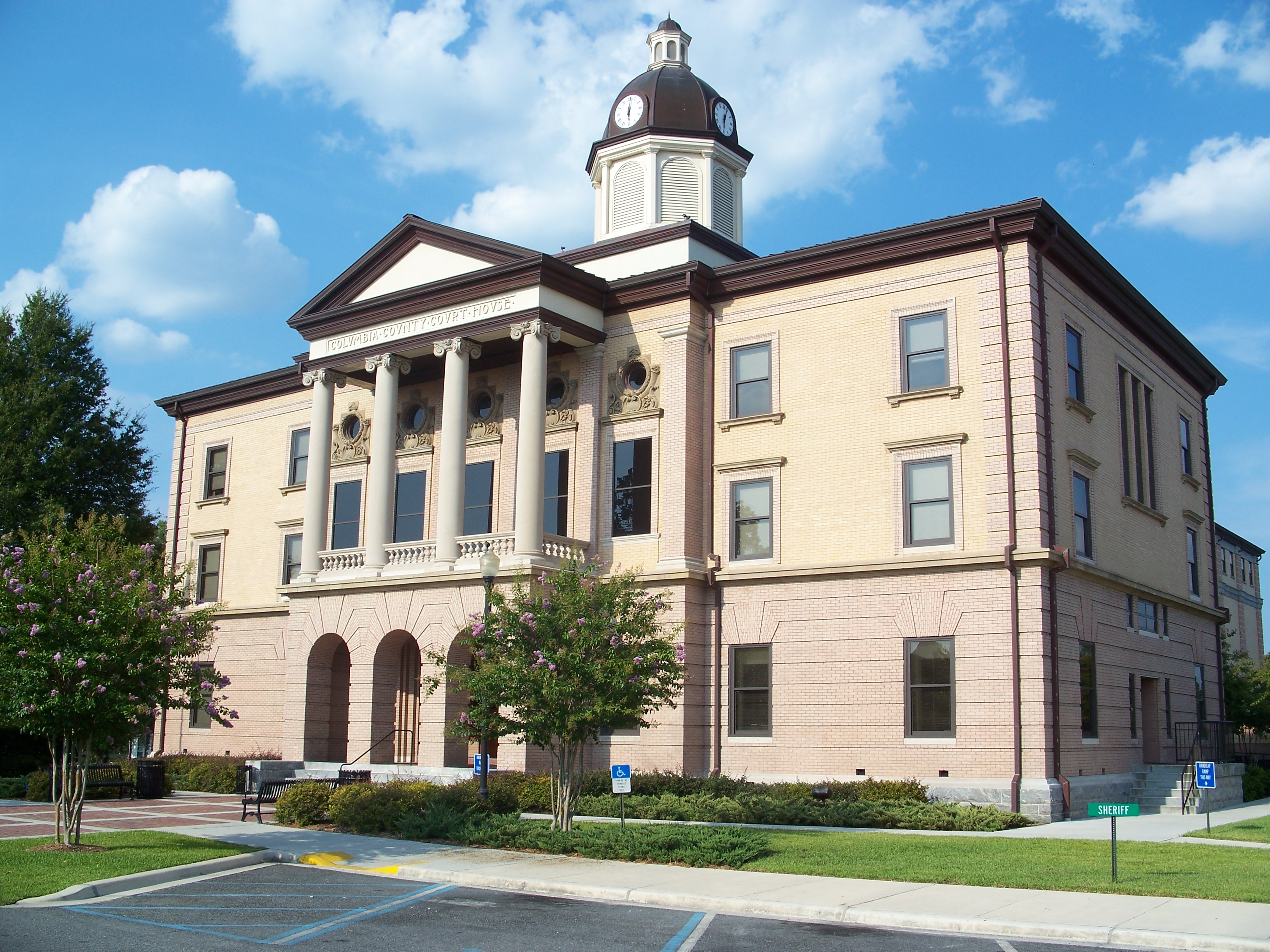 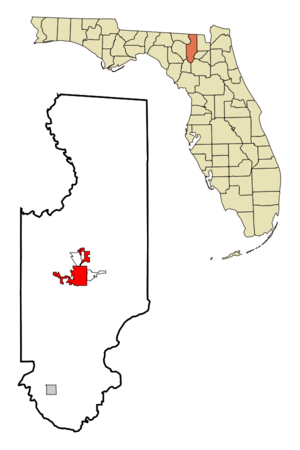 mapsize = 250px
map_caption = Location in Columbia County and the state of

The site of Lake City was a village named Alpata Telophka, meaning " Town". By 1830, a white American town called Alligator was established, adjacent to the Seminole town. The city was incorporated and changed to its current name in 1859. The name was changed because the mayor's wife, who had recently moved to the town, refused to hang her lace curtains in a town named Alligator.

In 1880, Lake City Chief of Police, Gottschalk “Gus” Potsdamer had a heated dispute with Columbia County Sheriff, John C. Henry. The conflict escalated into a fistfight and Henry was fatally wounded by Potsdamer, who was tried for murder, convicted and sentenced to life in prison at the state prison near Live Oak. [ [http://www.lakecityreporter.com/articles/2007/02/25/opinion/columns/morris_williams/morris1.txt Lake City Reporter: February 24, 2007-Live Oak's prison known as ‘The American Siberia'] ] Potsdamer's conviction was controversial, with some reports stating that Sheriff Henry started the trouble and was beating Potsdamer over the head with a pistol when Potsdamer got loose and killed him. Potsdamer was very popular and had a reputation as a City Marshall who always enforced the law fairly. Potsdamer's friends appealed the conviction through the legal system, won, and Potsdamer was released after two months of incarceration. He eventually moved to Live Oak, became a respected businessman, and was elected Suwannee County Sheriff in 1889. [Forgotten Heroes: Police Officers Killed in Early Florida, 1840-1925 by William Wilbanks - 1996 - 224 pages]

The population in 1950 was 7,467 people and forestry (turpentine, lumber, pulpwood) had become important to the local economy.

Lake City's Centennial was celebrated in 1959 with parades, fireworks and a 58-page book documenting one hundred years of progress, “A Century in the Sun”. Townspeople were expected to dress in old-time clothing, women wore bonnets and men were expected to grow whiskers as part of the celebration. A good-natured clash arose between the men with additional facial hair and the women who did not like it. The women made protest placards that read: “Off with the beards,” “Ow, they stick,” and “The men about town used to look so fine — but now they look like a porcupine.” [ [http://www.lakecityreporter.com/articles/2008/03/08/opinion/columns/morris_williams/doc47d363fc76d22046800596.txt Lake City Reporter: March 8, 2008-Lake City’s 150th birthday — time for a celebration by Morris Williams] ]

Lake City and are known as "The Gateway to Florida" because Interstate 75 runs though them, carrying a large percentage of 's tourist and commercial traffic. Lake City is the northernmost sizable town/city in Florida on Interstate 75 and the location where I-10 and I-75 intersect. Interstate 10 is the southernmost east-west interstate highway and traverses the country from to .

Agricultural products of the area include , corn, s, , s, and .

Lake City is the location of the 's administrative offices.

The Lake City Municipal Airport is a local center of business. The airport is classified as a General Aviation facility, but two on-site operations are somewhat unique. is an aircraft modification and rehabilitation operation for large (B-727, 737) civilian and military aircraft. The uses C-130 transport aircraft in support of its forest fire-fighting operations in the southeast US.

The top employers in Lake City are: [ [http://www.lcfla.com/ City of Lake City website] ]

Lake City holds its Alligator Fest in mid-October, which returns to a time when the "Alligator" area was young and Seminole Indian braves roamed freely over the lush valleys and hills surrounding their village, Alligator Town. The chief of the village was the regal Indian diplomat, Halpatter Tustennuggee, informally referred to as Chief Alligator. The Native American Living History Village will take you back to Lake City’s inception, almost two centuries ago. Demonstrations will be presented, cultural arts and crafts are displayed and can be purchased, along with food of the period. Indian dances, ceremonies, wild life demonstrations, and artifact exhibits are available for viewing. Wagon and pony rides, in addition to canoe rides on Lake DeSoto will be available throughout the festival. Native Americans will present programs on native dance, music, life skills and storytelling. Live alligator and cougar shows and a panther presentation are a part of the program.