Bookseller/Diagram Prize for Oddest Title of the Year

Bookseller/Diagram Prize for Oddest Title of the Year

The Bookseller/Diagram Prize for Oddest Title of the Year, originally known as the Diagram Group Prize for the Oddest Title at the Frankfurt Book Fair,[1] commonly known as the Diagram Prize for short, is a humorous literary award that is given annually to the book with the oddest title. The prize is named after the Diagram Group, an information and graphics company based in London,[2] and The Bookseller, a British trade magazine for the publishing industry.[3][4] Originally organised to provide entertainment during the 1978 Frankfurt Book Fair,[2] the prize has since been awarded every year by The Bookseller and is now organised by the magazine's diarist Horace Bent.[3][4] The winner was at first decided by a panel of judges, but since 2000 the winner has been decided by a public vote on The Bookseller's website.[5]

Since the creation of the awards, there has been controversy. There have been two occasions when no award was given because no titles were judged to be odd enough,[5] Bent has complained about some of the winners chosen by the public,[6][7] and the 2008 winner, The 2009-2014 World Outlook for 60-milligram Containers of Fromage Frais, proved controversial because rather than being written by its listed author, Philip M. Parker, it was instead written by a machine of Parker's invention.[8] The latest winner was Managing a Dental Practice: The Genghis Khan Way by Michael R. Young.[9]

Although the award was created by The Bookseller, the idea of an award celebrating books with odd titles was proposed by a member of the Diagram Group, to provide entertainment during the Frankfurt Book Fair in 1978. Originally known as the Diagram Group Prize for the Oddest Title at the Frankfurt Book Fair, any book that was at the fair could be nominated, but it was expanded to books outside of the fair. In 1982, Horace Bent, diarist for The Bookseller, took over administrative duties.[1][3] Following two occasions in 1987 and 1991 when no prize was given due to a lack of odd titles, The Bookseller open suggestions to the readers of the magazine. In 2000, the winner was voted for by the public instead of decided by Bent. In 2009, online submissions sent on Twitter were accepted.[1] This resulted in the highest number of submissions for the prize in its history, with 90 books being submitted (50 from Twitter), almost three times the number from the previous year (32). However, Bent also expressed his annoyance at people who gave submissions that broke the rules, with some of the books mentioned being published as far back as 1880.[10][11]

The Diagram Prize receives a considerable amount of press coverage every year.[12] In 2008, more people voted for the Diagram Prize (8,500 votes) than The Best of Booker Prize (7,800).[13][14] The prize is either a magnum of champagne or a bottle of claret for the person who spots the winning title,[12] and increased publicity for both the book and its author.[15]

Nominees were originally limited to just books at the Frankfurt Book Fair, but this was extended to submissions sent in by The Bookseller magazine's traditional readership of librarians, publishers, and booksellers in order to decrease the risk of no award being given. In 2009, submissions could be sent to either Bent's or The Bookseller's Twitter accounts.[1] People cannot nominate their own works, nor can they select books they publish themselves. Titles which are deliberately created to be funny are normally rejected.[16] Also, nominators, judges and voters are actively discouraged from reading any of the nominations, "for fear that becoming too close to the work may cloud their judgement in declaring the text's title 'odd'. Especially considering the prize champions 'odd titles' and NOT 'odd books' (see the Man Booker for the latter)".[1] The winner was originally voted for by a panel of judges, but since 2000 the winner has been voted for by members of the public via the Internet. Bent resisted this move and threatened to resign, but he later changed his mind and now creates the short list of finalists.[5]

Books about the prize

In September 2008, a book about the Diagram Prize was published by Aurum Press entitled How to Avoid Huge Ships and Other Implausibly Titled Books. With an introduction written by Joel Rickett, the book was released to celebrate the 30th anniversary of the prize. It featured a collection of book covers from winners and runners-up from previous years.[17] A follow-up book is to be released in October 2009, entitled Baboon Metaphysics And More Implausibly Titled Books and with an introduction by Bent.[18] 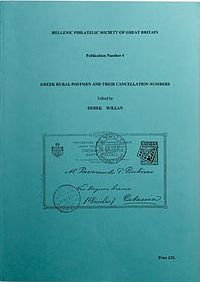 So far, there have been two occasions in which no award has been presented. Bent did not offer a prize in 1987 and 1991 as he felt there was no title that was odd enough to deserve the prize.[5] The prize has become noteworthy enough that in 2004, The Bookseller castigated publishers for choosing titles with a view to winning it, saying, "There were too many self-consciously titled entries — presumably in a bid to emulate the 2003 champion, Big Book of Lesbian Horse Stories".[6] Bent has also expressed his dislike of people voting for ruder titles saying that he himself would not have voted for the 2007 winner, If You Want Closure in Your Relationship, Start with Your Legs.[7]

In 2009, the choice of The 2009-2014 World Outlook for 60-milligram Containers of Fromage Frais as winner of the 2008 award was controversial as Parker did not write the book himself but used an automated authoring machine which produces thousands of titles on the basis of Internet and database searches.[8] Philip Stone, charts editor and awards administrator at The Bookseller, commented by saying: "I think it's slightly controversial as it was written by a computer, but given the number of celebrity memoirs out there that are ghostwritten, I don't think it's too strange."[19]

Two special anniversary awards known as the "Diagram of Diagrams" (the name reflects the "Booker of Bookers")[2] have been presented to honour both the 15th and the 30th anniversaries of the Diagram Prize. The nominations of the prizes were all of the previous winners up to that point in time. In 1993, the winner of the 15th anniversary award was Proceedings of the Second International Workshop on Nude Mice, the winner of the first Diagram Prize.[6][20] The second "Diagram of Diagrams", announced on 5 September 2008, was Greek Rural Postmen and Their Cancellation Numbers, the 1996 winner.[20]

The following is a list of previous winners of the award.[13]