Simon & Schuster, Inc., a division of CBS Corporation, is a publisher founded in New York City in 1924 by Richard L. Simon and M. Lincoln ("Max") Schuster. It is one of the four largest English-language publishers, alongside Random House, Penguin and HarperCollins. It publishes over two thousand titles annually under 35 different imprints.

Crossword puzzles first appeared in the New York World in 1913, and soon became a popular feature in newspapers. In 1924, Simon's aunt, a crossword puzzle devotee, asked Simon whether there was a book of these puzzles that she could give to a friend. Simon discovered that none had been published, and, with Schuster, launched a company to exploit the opportunity.[1]

To attract attention, the book came with a pencil attached.[1] The advertising campaign implied that it was about to become a new fad:

The ad proved prophetic, and crossword puzzles were indeed the craze of 1924.[1] Simon & Schuster continues to be the preeminent U.S. publisher of crossword puzzle books.

In 1975, Gulf+Western acquired the company, and nine years later, Prentice Hall was brought into the company fold, followed by mapmaker Gousha in 1987. G+W would change its name to Paramount Communications in 1989.

In 1994, Paramount was sold to the original Viacom, allowing S&S to launch several new imprints in conjunction with channels owned by Viacom's MTV Networks. Simon & Schuster's first move under Viacom was the acquisition of Macmillan USA.

In 1996, Viacom sold Gousha to longtime rival Rand McNally, who closed the Gousha offices in Texas and discontinued all product lines.

Viacom would split into 2 companies at the end of 2005: one called CBS Corporation (which inherited S&S), and the other retaining the Viacom name. Despite the split, National Amusements retains majority control of both firms. As such, S&S continues to publish books based on Viacom properties, which since 2006 has included many DreamWorks films (Paramount/Viacom owned DreamWorks outright between 2006-08, back catalog still owned by Paramount/Viacom).[3][4]

As part of CBS, Simon & Schuster is the primary publisher for books related to various media franchises owned by CBS, such as Mission: Impossible, Star Trek and CSI.

Some of its prominent editors have been Robert Gottlieb and Michael Korda. 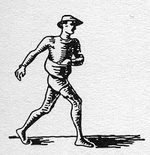 In addition to the main Simon & Schuster imprint are the following: