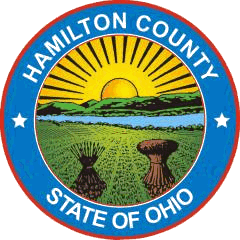 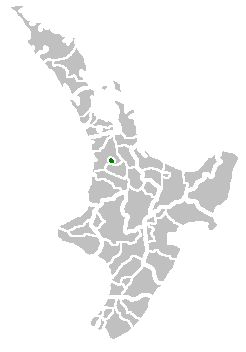 Hamilton ("Kirikiriroa" in Māori) is the centre of 's fourth largest , and is the country's seventh largest . It is in the region of the , approximately convert|130|km|mi|0|abbr=on south of Auckland. It sits at a major road and rail nexus in the centre of the Waikato basin, on both banks of the .

The area now covered by the city was originally the site of a handful of Māori villages, including Kirikiriroa ("long stretch of gravel'), from which the city takes its Māori name. By the time British settlers arrived, most of these villages, which sat beside the Waikato River, were abandoned. Missionaries arrived in the area in the 1830s

The road from reached Hamilton in 1867 and the railway in December 1877 the same month Hamilton became a . Hamilton was proclaimed a city in 1945.

The city is near the southernmost navigable reach of the , amidst New Zealand's richest and most fertile agricultural land. Initially an agricultural service centre, it now has a growing and diverse economy.

Community archives and historic photograph collections are maintained and are available at Hamilton City Libraries.

The centre of the city, on the Waikato River, is a bustling retail precinct. The entertainment area is quite vibrant due to the large student population. The 2008 Lonely planet guide states that "the city's main street has sprouted a sophisticated and vibrant stretch of bars and eateries that on the weekend at least leave Auckland's Viaduct Harbour for dead in the boozy fun stakes." Hamilton has the second-largest collection of cafés in the country&mdash;second only to Ponsonby Road in Fact|date=May 2007. However, Hamilton still struggles with the arguably undeserved nickname of 'Cowtown' due to its origins as a rural service centre. A more common nickname of "Hamiltron: the city of the future" is a gently ironic for the city.

As of , the city continues to grow rapidly. Development is focused on the northern end of the city. Traffic congestion is increasing due to population growth, though road development and planning has kept up with the rapid growth in most placesFact|date=May 2007. State Highway 1 runs directly through the city, which contributes to congestion. A bypass is planned, but , the national road funding agency, has repeatedly delayed this project to the dismay of Hamilton residentsFact|date=May 2007.

The rapid growth of Hamilton has brought with it the side effects of . This type of growth is likely to continue consuming Waikato's profitable farmland as Hamilton City does not have a natural or legislated growth boundaryFact|date=June 2008.

The area around the city has seen some recent development into s.

With the exceptions of low hills around the University of Waikato, Hamilton Lake and to the west of the city, and an extensive network of gullies, the terrain of the city is relatively flat.

Hamilton is one of the few cities in the world that has a near-exact antipodal city –- Córdoba, .

Hamilton is a rapidly growing city of over 130,000 people, with around 1.5 million people &ndash; 40% of New Zealand's total population &ndash; living within a convert|250|km|mi|0|abbr=on radius.

Hamilton is located in the administrative areas of the Hamilton City Council. The Council administers the seventh most populous territorial authority in the country. The council consists of thirteen councillors and a mayor (currently Bob Simcock), and last faced election in 2007. Council elections are held every three years. In July 2007, former mayor Michael Redman became the CEO of the Council.

Hamilton City is itself part of the , controlled administratively by .

Hamilton has three electorate MP's in the . The electorates are currently represented by:

Education and research are important to the city, through the , and the . Research at the center has been responsible for much of New Zealand's innovation in agriculture.

Manufacturing and retail are also important to the local economy, as is the provision of health services through the Waikato Base Hospital. The city is home to New Zealand's largest aircraft manufacturer, , and has its largest concentration of trailer-boat manufacturers.

Recent years have seen the firm establishment of the New Zealand base of the British flight training organisation CTC Aviation. CTC trains over 100 airline pilots a year at its "Crew Training Centre" at Hamilton Airport.

In 2004, Hamilton City Council honored former resident with a life-size bronze statue of him as Riff Raff in his space suit, from . The statue was designed by WETA Workshops, who had done the props for the Lord of the Rings films. It stands on the former site of the Embassy Cinema, where Richard watched science fiction-double features.

The city is host to a large number of small galleries and the . The latter includes Te Winika, one of the best-preserved waka (Māori war canoe) from the pre-colonisation era.

The local teams are Waikato () and the Chiefs (). The local colours are red, yellow and black hoops, and the provincial mascot is Mooloo, an anthropomorphic cow. Both teams play at . Hamilton is also home to a soccer club, , that competes in the and also plays at Waikato Stadium.

Seddon Park (formerly ) is Hamilton's main venue and hosts Test matches and s. It is the home ground of the Northern Districts Cricket Association.

Hamilton is fast becoming a venue as well. The WRC was held in Hamilton in 2006 and the will race on a temporary street circuit from 2008 onwards.

is the region's most popular tourist attraction and hosts the Hamilton Gardens Summer Festival each year.

Other local attractions include , the , the Arts Post art gallery, and the SkyCity casino. Just 20 minutes' drive away is , the location of and the home of Māori King .

Hamilton has 6 public libraries located throughout the city with the Central Library housing the main reference & heritage collection.

The of is located in , Hamilton. It was opened along with the , a large high school owned by the church, in the late 1950's. Both the college and the temple were built by labour missionaries. Every year, the Temple hosts a large Christmas lighting show which attracts large crowds from all over the country.

Hamilton host a number of annual events that are centered around the Waikato River which flows through the city, These events include The Great Race (rowing), and The Bridge To Bridge Ski Race.

serves as both a domestic and international airport. There are direct flights to Wellington and Christchurch and regular flights to other destinations throughout the North Island. International flights are largely restricted to trans-Tasman destinations. The airport also served as a major base for now defunct low-cost airlines and Kiwi Air.

Hamilton has extensive cycleways which link the city center with the outlying suburbs. These cycleways consist of a mixture of dedicated cycle lanes and mixed use cycle/walk ways. [cite web|url=http://hamilton.co.nz/file/fileid/165|title=Cycling in Hamilton|format=PDF|publisher=Cycle Action Waikato]

Private cars are the transport medium of choice in this flat, spread-out city.

While buses have been gaining in popularity in recent years, the relative lack of congestion compared to other cities, ample availability of parking and inconvenient bus schedules have been holding up progressFact|date=May 2007. Recent additions to the bus system include audio-posts at bus-stops to provide arrival times, and improved weather shelters. A new service called "The Orbiter" provides a circuit round major centers in the city outskirts.

The six bridges are:

Hamilton also has an underground station in the central city located on the East Coast Main Trunk line, currently disused and completely inaccessible.

Hamilton's rail network serves as a major hub for the distribution of dairy products to the ports of Auckland and Tauranga. This hub is located at Crawford St.

Hamilton is home to more than 25,000 tertiary students, mostly enrolled in one of the city's three main tertiary institutes, the , and . As well as state and private primary, intermediate and high schools, it also notably includes a number of Kura Kaupapa Māori primary schools offering education in the Māori language. A complete list of schools in Hamilton city can be found here.