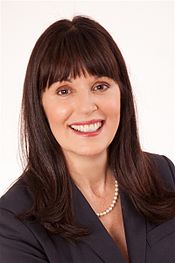 In May 2007, the Hamilton City Council elected Bob Simcock to replace Michael Redman who resigned to become the city's chief executive. Simcock was confirmed to stand for the position in the October 2007 local body elections. He was defeated in 2010 by Julie Hardaker.[1]

Note: Mayoral elections were held annually 1878–1915, and have been triennial since 1935. Elections were held in December, after 1901 in April or May, and since 1947 have taken place in either October or November.