Records are for post-1900 only and need to be verified by a reference source, preferably the Elias Book of Baseball Records. 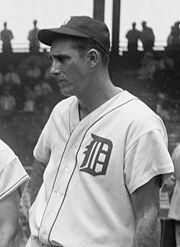