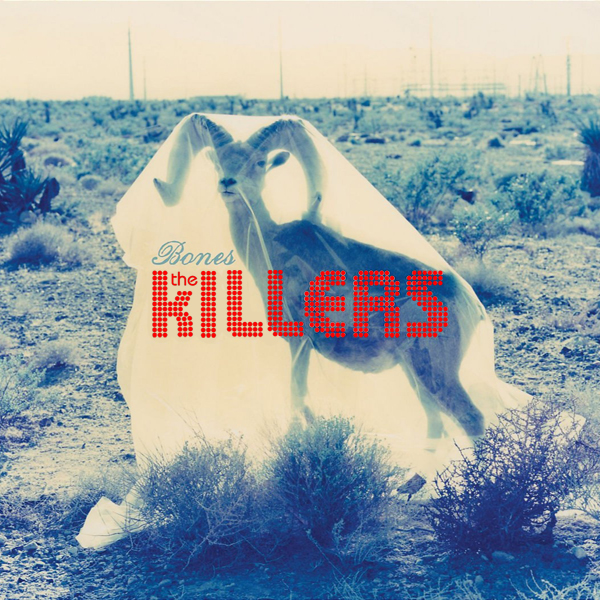 "Bones" is a song by Las Vegas-based The Killers, and was written by , and Ronnie Vannucci. It is the eighth track on their second "", released in October 2006. It was originally titled "It's Only Natural" in its early stages and was to be the center-piece of their second album entitled "Make You Feel Dirty", which, as the album title suggests, would feature edgy songs that would make the listener feel dirty much like "Bones". Other tracks to be featured on the CD were: "Uncle Jonny Did Cocaine" (later renamed "Uncle Jonny"), the controversial "Where Is She?", the early version of "All the Pretty Faces", "Daddy's Eyes", "", "Where the White Boys Dance", and "I Won't Let You Down". This idea was modified to the become the more upbeat, feel-good "" and the song was given a happier feel through the addition of a brass section. Other songs such as "Uncle Jonny" and "For Reasons Unknown" were also included on the second LP. Meanwhile, "Daddy's Eyes", "All the Pretty Faces", and "Where the White Boys Dance" were demoted to b-sides while "Where Is She?" was scrapped due to the controversy surrounding it and "I Won't Let You Down" disappeared entirely. Eventually, the song was released as the second single from "" in late November 2006. The single did not match the success of its predecessor and new center-piece track, "", only registering on "Billboard's" chart in the at #21. The single fared slightly better in the , peaking at #15 in the .

The music video for the song is notable for being the first, and so far only, music video directed by , featuring model/actress .

Scenes from the films "Lolita", "", and "Jason and the Argonauts", more specifically the scenes with 's skeleton-men, are shown behind the band. There is a sequence where Flowers' hand is replaced with that of a skeleton. The beach scenes from "" and "10" are recreated with skeleton figures. The leading couple are seen driving onto the beach where the girl removes her hair to reveal her skull and the man pulls off his shirt to reveal his skeleton. The two leading skeletons are later seen running across the beach to embrace only for them to crash into one another and shatter to pieces. Then on the beach a wave comes over to reveal the two skeletons kissing.

The drive-in depicted unofficially is that of the West Wind Las Vegas Drive-In Theatre located in North Las Vegas, NV.