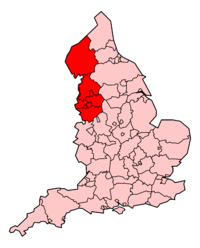 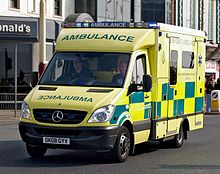 NWAS ambulance on an emergency call

It is one of 12 Ambulance Trusts providing England with Emergency medical services, and is part of the National Health Service, receiving direct government funding for its role. There is no charge to patients for use of the service, and under the Patient's charter, every person in the United Kingdom has the right to the attendance of an ambulance in an emergency.

Based in Bolton, the new Trust provides services to almost 7 million people in Greater Manchester, Cheshire, Merseyside, Lancashire, Cumbria,and the North Western fringes of Derbyshire (covering the towns of Glossop and Hadfield) in an area of some 5,500 square miles (14,000 km2).

The Trust currently operates from 114 ambulance stations and employs around 4,500 staff.

It is now the largest free ambulance service in the world, and the largest in the UK after recently taking the title off London Ambulance Service.