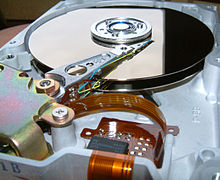 Augmented reality, a form of digital media, playing on an iPhone

Digital media is a form of electronic media where data is stored in digital (as opposed to analog) form. It can refer to the technical aspect of storage and transmission (e.g. hard disk drives or computer networking) of information or to the "end product", such as digital video, augmented reality or digital art.

There is a rich history of non-binary digital media and computers.

The following list of digital media is based on a rather technical view of the term media. Other views might lead to different lists.

The transformation of an analog signal to digital information via an analog-to-digital converter is called sampling. Most digital media are based on translating analog data into digital data and vice-versa (see digital recording, digital video, television versus digital television).helps students or kids find out new things like definitions and such.

Once digitized, media may be processed in a variety of ways using standard computer hardware and software or, where performance is critical, in high-performance digital hardware such as an ASIC. Processing can include editing, filtering and content creation.

This is the fast pace era through the use of technology. Home recording of television increasingly advanced this medium. Digital programming can be downloaded instantly. This technology enables broadcasters to use the digital technologies available today to create numerous of channels. Service providers offer on-demand that gives people the opportunity to have the power of when and where they watch or hear their media. Digital technology has converged television and computers into one single medium.[1] 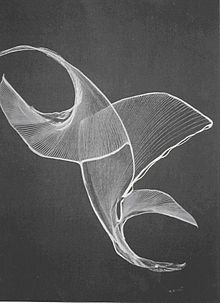 Digital art is any art in which computers played a role in production or display of the artwork. Such art can be an image, sound, animation, video, CD-ROM, DVD-ROM, videogame, web site, algorithm, performance or gallery installation. Many traditional disciplines are now integrating digital technologies and, as a result, the lines between traditional works of art and new media works created using computers has been blurred. For instance, an artist may combine traditional painting with algorithm art and other digital techniques. Often, the medium itself is considered the artwork. As a result, defining computer art by its end product can thus be difficult. Nevertheless, this type of art is beginning to appear in art museum exhibits.

Comic book artists in the past would generally sketch a drawing in pencil before going over the drawing again with India ink, using pens and brushes. Magazine illustrators often worked with India ink, acrylics or oils. Currently, an increasing number of artists are now creating digital artwork.

Digital artists do, simply, what centuries of artists have always done by exploring and adopting a culture's new technology toward the making of a personal imagery. In doing so the culture is also reflected in the artwork as is the artist's personal vision. As our culture becomes increasingly digitized, digital artists are leading the way in exploring and defining this new culture. Digital Artists use a medium that is nearly immaterial, that being binary information which describes the color and brightness of each individual pixel on a computer screen. Taken as a whole an image consisting of pure light is the feedback devise that tells an artist what is being made and simultaneously stored on the computer's hard drive. Digital Artists employ many types of user interfaces that correspond to the wide variety of brushes, lenses or other tools that traditional artist use to shape their materials. Rather than manipulating digital code directly as math, these electronic brushes and tools allow an artist to translate hand motions, cutting and pasting, and what were formerly chemical dark room techniques into the mathematical changes that effect the arrangement of screen pixels and create a picture.

Digital Art is created and stored in a non-material form on the computer's memory systems and must be made physical, usually in the form of prints on paper or some other form of printmaking substrate. In addition, digital art may be exchanged and appreciated directly on a computer screen in gallery situations or simultaneously in every place on the globe with access to the web. Being immaterial has its advantages and with the advent of high quality digital printing techniques a very traditional long lasting print of this artwork can also be produced and marketed.

Several design houses are active in this space, prominent names being: