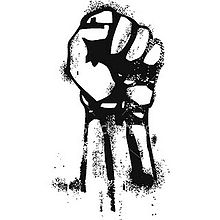 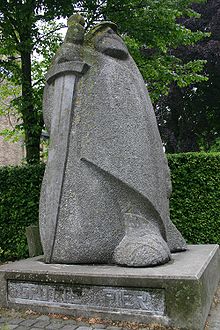 Rebellion, uprising or insurrection, is a refusal of obedience or order.[1] It may, therefore, be seen as encompassing a range of behaviors aimed at destroying or replacing an established authority such as a government or a head of state. On the one hand the forms of behaviour can include non-violent methods such as the (overlapping but not quite identical) phenomena of civil disobedience, civil resistance and nonviolent resistance. On the other hand it may encompass violent campaigns. Those who participate in rebellions, especially if they are armed rebellions, are known as "rebels". A rebel is distinguished from an outsider. An outsider is one who is excluded from a group whereas a rebel goes against it. Also, a rebel's potential to overthrow the leadership is recognized and substantial, unless the rebellion is crushed, whereas an outsider has been marginalized and is considered to be degenerate.

Throughout history, many different groups that opposed their governments have been called rebels. Over 450 peasant revolts erupted in southwestern France between 1590 and 1715.[2] In the United States, the term was used for the Continentals by the British in the Revolutionary War, and for the Confederacy by the Union in the American Civil War. Most armed rebellions have not been against authority in general, but rather have sought to establish a new government in their place. For example, the Boxer Rebellion sought to implement a stronger government in China in place of the weak and divided government of the time. The Jacobite Risings (called "Jacobite Rebellions" by the government) attempted to restore the deposed Stuart kings to the thrones of England, Ireland and Scotland, rather than abolish the monarchy completely.

Civil resistance movements have often aimed at, and brought about, the fall of a government or head of state, and in these cases could be considered a form of rebellion. Examples include the People Power Revolution in the Philippines in the 1980s that ousted President Marcos; the mass mobilization against authoritarian rule in Pinochet's Chile, 1983–88; the various movements contributing to the revolutions of 1989 in central and eastern Europe, and to the dissolution of the Soviet Union in 1991; and the revolutions in Serbia in 2000, Georgia in 2003, Ukraine in 2004, and the Arab Spring in 2011. In many of these cases the opposition movement saw itself not only as nonviolent, but also as upholding their country's constitutional system against a government that was unlawful, for example if it had refused to acknowledge its defeat in an election. Thus the term "rebel" does not always capture the element in some of these movements of acting as a defender of legality and constitutionalism.[6]