Dave Alvin (born November 11, 1955, in Downey, California), is a guitarist, singer and songwriter. He has been one of the leading proponents of 'roots' or 'American' music, bringing together elements of rock-and-roll, blues, rural and tejano music.

Dave and his older brother Phil grew up in a music-loving family in Downey, California. As teenagers, they regularly attended blues, rockabilly, and country night clubs where they saw performances by greats like T-Bone Walker, Big Joe Turner, and Lee Allen, who later joined Dave and Phil in The Blasters.

In 1979 Dave and his brother formed roots rock group The Blasters with fellow Downey, California residents Bill Bateman and John Bazz. The Blasters became a sensation in Los Angeles and won an enthusiastic cult following across the United States and Europe. However, the Blasters were unable to translate their critical respect and enthusiastic fan base into mainstream success, and in 1986, Dave left the band.

Shortly after leaving the Blasters, Alvin joined X as lead guitarist after the departure of Billy Zoom. Alvin amicably left the group to work on a solo project shortly after the recording sessions for their album See How We Are. Dave is also a member of country band The Knitters (composed mainly of members of X), appearing on 1987's Poor Little Critter on the Road and the 2005 follow-up, The Modern Sounds of The Knitters.

In the early 1980s Dave, along with fellow Blasters members Bill Bateman and Steve Berlin, performed on several albums with the Los Angeles punk band The Flesh Eaters. These albums are considered precursors to what is now called "deathrock".

Dave Alvin also played with the band The Gun Club briefly, playing guitar on "Eternally Is Here" & "The Stranger in Our Town" from the 1984 album, The Las Vegas Story.

Alvin's first solo album, entitled Romeo's Escape in the United States and Every Night About This Time in England, added a purer country influence along with a larger side-portion of the blues; while the album was critically well received, it didn't fare well in the marketplace, and Alvin was dropped by his American record label, Columbia. Alvin suffered health problems which sidelined him for a while, except for a wild tour with friends Mojo Nixon and Country Dick Montana as the Pleasure Barons, which was described as "a Las Vegas revue from acts who aren't going to be asked to play Vegas". (A live album was released of a second Pleasure Barons tour in 1993.)

In 1989, Dwight Yoakam scored a hit on the country charts with Alvin's song "Long White Cadillac", and Alvin used the royalties to start work on his second solo set, Blue Blvd. Released by the California-based roots-music label Hightone Records in 1991, Blue Blvd received enthusiastic reviews and sold well enough to re-establish Alvin as a significant artist in the roots rock scene.

After releasing Museum of Heart in 1993, Alvin began to turn his attention to acoustic music with 1994's King of California, and over the next several years Alvin moved back and forth between hard-edged roots rock and more introspective acoustic material that still honored his influences (and allowed him to display a greater range as a vocalist).

In 2000, Alvin recorded a collection of traditional folk and blues classics, Public Domain: Songs From the Wild Land, which earned him a Grammy award for Best Contemporary Folk Album.

In 2011, Alvin released the album Eleven Eleven on Yep Roc Records. The album was a return to Alvin's rock roots.[1] According to Rolling Stone, "Though Alvin has often switched between electric and acoustic, almost everything here is plugged in – above all Alvin, an underrecognized guitar hero." 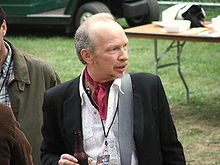 When not busy recording his own music, Alvin has also worked as a producer for several other roots-oriented acts, including Chris Gaffney, Tom Russell, the Derailers, and Big Sandy & His Fly-Rite Boys, as well as collaborating with rockabilly legend Sonny Burgess. As a sideman, Alvin has recorded sessions with the likes of Ramblin' Jack Elliott, Little Milton, Katy Moffatt, and Syd Straw.

Dave has had at least two books of poetry published: Any Rough Times Are Now Behind You and Nana, Big Joe & the Fourth of July. His poetry has appeared in Caffeine, the A.K.A. Review, Rattler, Asymptote and Enclitic. It has also appeared in the following anthologies: Nude Erections, Hit And Run Poets, and Poetry Loves Poetry—An Anthology of Los Angeles Poets.