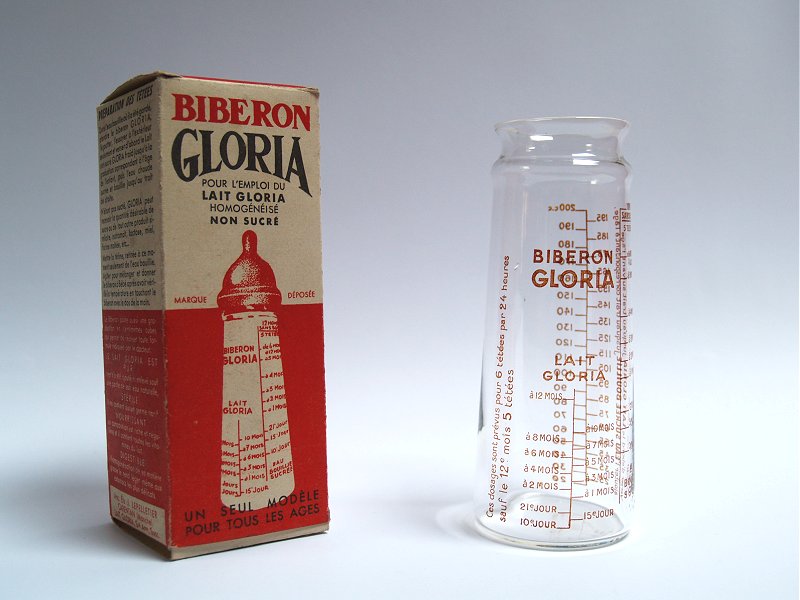 "Gloria" is a rock song classic written by Northern Irish and originally recorded by Morrison's band Them in 1964 as the B-side of "". The song quickly became a staple and a part of many rock bands' repertoires. It is particularly memorable for its "G–L–O–R–I–A" chorus. It is very easy to play (three-chord) and thus is popular with those learning to play . The song continues to be played by thousands of bands from famous recording artists to unknown garage bands. Humourist joked that "If you drop a guitar down a flight of stairs, it'll play 'Gloria' on its way to the bottom." [cite web |url=http://findarticles.com/p/articles/mi_qn4159/is_20070805/ai_n19442109 |title=Bob Dylan: the best DJ on the planet |accessdate=2008-04-15 |last=Lezard |first=Nicholas |date=2007-08-05 |publisher=The Independent]

"Gloria" was rated number 69 on 's list in the 1989 book, "The Heart of Rock & Soul: The 1001 Greatest Singles Ever Made". He described the song as "one of the few rock songs that's actually as raunchy as its reputation." [cite web |url=http://www.lexjansen.com/cgi-bin/marsh_xml.php?fn=66 |title=The Heart of Rock and Soul |accessdate=2008-04-15 |last=Marsh |first=Dave |authorlink=Dave Marsh |year=1989] In his book, "Rock and Roll: The 100 Best Singles" Paul Williams said about the two sides of the "Baby Please Don't Go/Gloria" recording: "Into the heart of the beast... here is something so good, so pure, that if no other hint of it but this record existed, there would still be such a thing as rock and roll.... Van Morrison's voice a fierce beacon in the darkness, the lighthouse at the end of the world. Resulting in one of the most perfect rock anthems known to humankind." [cite book |last=Williams |first=Paul |authorlink=Paul Williams (Crawdaddy! creator) |coauthors=Berryhill, Cindy Lee |title=Rock and Roll: The 100 Best Singles |edition=Hardcover |year=1993 |month=December |publisher=Entwhistle Books |location=United States |isbn=9780934558419 |pages=pp. 71–72 |chapter=Baby Please Don't Go / Gloria – Them (1964)]

Van Morrison has remarked that he wrote the song, "Gloria" while he performed with the Monarchs in in the summer of 1963, at just about the time he turned eighteen years old. [Heylin, p. 76] He started to perform it for audiences at the Maritime Hotel when he had returned to and joined up with the Gamblers to form the band Them. He would ad-lib as he performed, sometimes stretching the song to fifteen or twenty minutes in duration. After signing a contract with and Decca, Them went to where they had a recording session at Decca Three Studios in West Hampstead on , , including "Gloria" as one of the seven songs recorded that day. The members of Them were Van Morrison, vocals, Billy Harrison on , Alan Henderson, bass, Ronnie Millings on drums and Patrick John McCauley on keyboards. Rowe brought in session musicians on organ, on Guitar, and Bobby Graham on drums as Rowe considered the Them members as too inexperienced. There remains some dispute about whether Millings and McCauley were miked up but Alan Henderson contends that Them constituted the first to use two drummers on a recording. [Turner, p. 46-49] Gloria was the B-side, when "" was released in the U.K. on , .

Original studio recording by Them 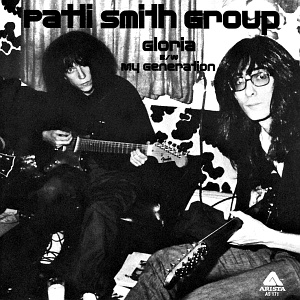 * (from the album "Roadrunner") – earliest known cover version released in November 1965.
* (from the album "Gloria"), number 10 in 1966, topping the original in the U.S. only in areas where Them's version could not be played, because it contained the words, "She comes to my room". Some radio stations objected to this, most notably Chicago's station WLS. The Chicago based band The Shadows of Knight's version replaced this line with "She comes around here." [ [http://www.classicbands.com/banned.html The History of Banned R&R] ]
* Buffalo Group, on Fine Recordings label in the mid to late 1960s recorded a version.
* (under name The Spectres) at Saturday Club, BBC on 10/09/66; and as Status Quo at David Symonds Show on 8/4/68 and 12/4/68.
* covered the song regularly in their early formation and used it as the basis for their song "Jailbreak". Lead singer had previously performed "Gloria" with his first group, .
* , from her 1975 album "Horses". This is based on the Morrison tune, but its lyrics are reinvented for the nascent punk rock movement, retaining only the chorus, and adding possibly ironic allusions to the sacred versions. It memorably begins, "Jesus died for somebody's sins / But not mine".
* , on their 7" titled "96 Tears/Get Out of Denver/Gloria/(I Can't Get No) Satisfaction" that was released in the United Kingdom in 1976.
* 's band recorded the song on their album "" in 1981.
* (from ""), a concert performance. Number 18 on Hot Mainstream Rock Tracks and number 71 on Billboard Hot 100 in 1983.
* The Band performed a version of the song, which is on the Mutiple Artist album "Kiwi Classics, Vol 2".
* snippeted this song at the ending of "Exit" on their album/movie "" released in 1988. (They also recorded an unrelated song called "Gloria").
* , a live version on their 1993 album, "Shinola".
* performed the song with at the 1994 ceremony and changed the R–I–A to I–R–A when he was singing the chorus.
* played the song several times on his Highway Companion Tour in 2006, and he closed most of the shows during his twenty-night run at The Fillmore Auditorium in San Francisco in 1997.
* 's version of "Gloria" is included on the 2000 released box set, "The Jimi Hendrix Experience".
* performed a memorable live version of the song, which included a monologue by about tying his friend, Roch, to the railroad tracks.
* played the song to open 2007 , stating that it is the only song he knows how to play.
* Other covers of the Morrison song include those by notable artists like , , , , , and even a disco version by . It was also covered by Polish band , with Polish language lyrics.

Them's recording of the song appeared in an episode of TV series "", "Pine Barrens", accompanying the appearance of 's character Gloria Trillo. "Gloria" by Them was played a number of times in the 1983 film "The Outsiders" and also sung whilst fending off the monster in the jukebox musical, "".

* 1 As a B-side on 1964 single "Baby, Please Don't Go", the original recording charted at number 10 in the UK mostly due to the popularity of "Gloria".