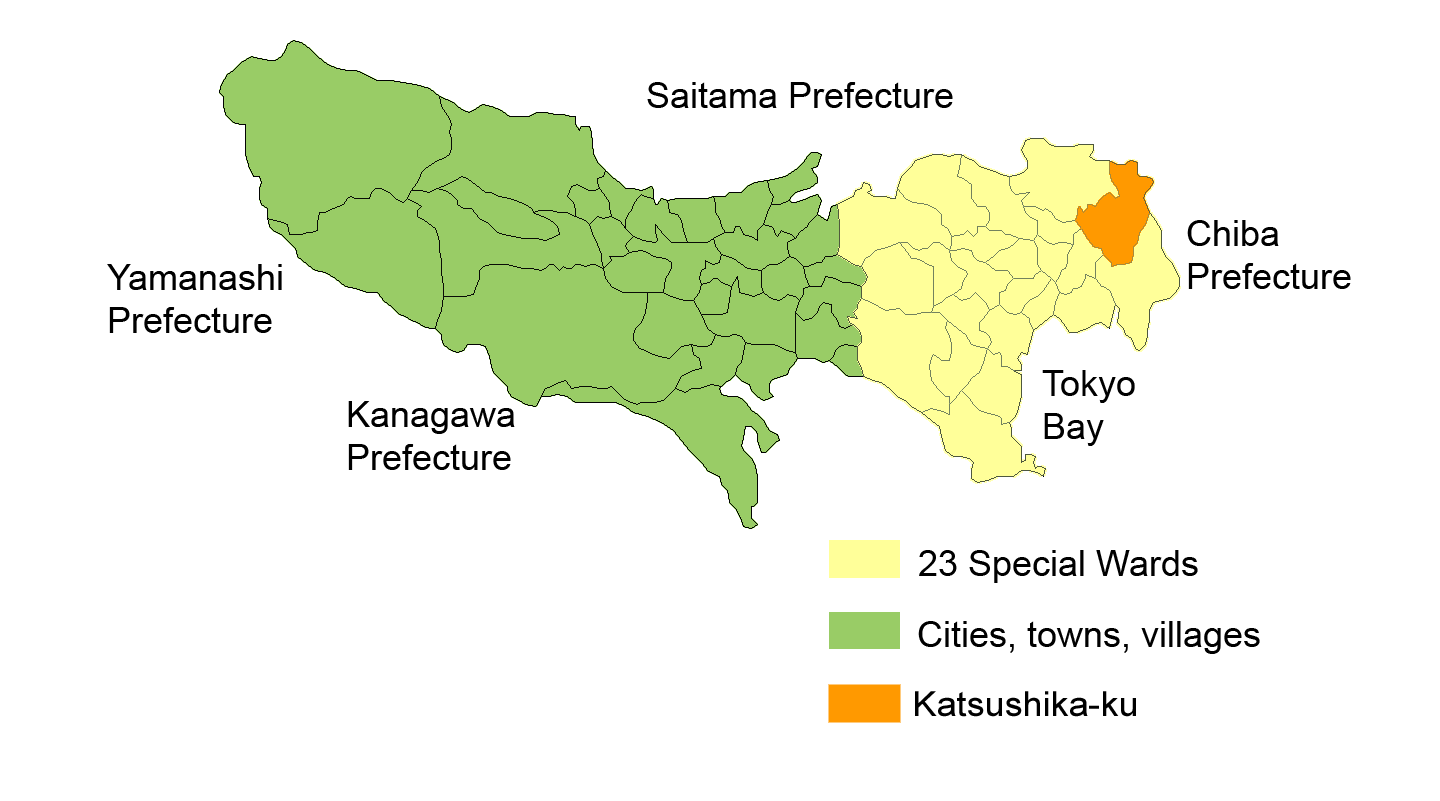 Elevation=
:"Wikipedia has an article about the Edo period Japanese artist Katsushika ."

nihongo|Katsushika|葛飾区|Katsushika-ku is one of the special wards of , . It lies in the northeast of the ward area. The ward calls itself Katsushika City in English.

Katsushika has sister-city relationships with in , , and with , a district of , .

The Shibamata Taishaku-ten Nichiren Buddhist is in Katsushika.

Katsushika ward is at the east end of Tokyo metropolis.It is on an and it is low .

The ward office (Katsushika city hall) is located at .

Katsushika has boundaries with three wards of Tokyo: Adachi, Edogawa and Sumida. The cities of Matsudo in , and Misato and Yashio form the northeast border of the ward.

Major rivers in Katsushika include the Edogawa, Arakawa and Ayasegawa.Nakagawa and Shin-nakagawa flows through the ward.

On , , the former Katsushika District of what was then known as Tokyo Prefecture, and its seven towns and villages, merged and became part of the old .

The special ward was founded on , .

contains the famous , and the "Bound " of Ōoka Echizen fame.

The long running film series, the "" series starring as Tora-san, takes place in Katsushika, as does the series, "". Other notable works set in Katsushika are the television series "" and the film "".

The metropolis operates the [http://www.katsushika-sb.metro.tokyo.jp/] .