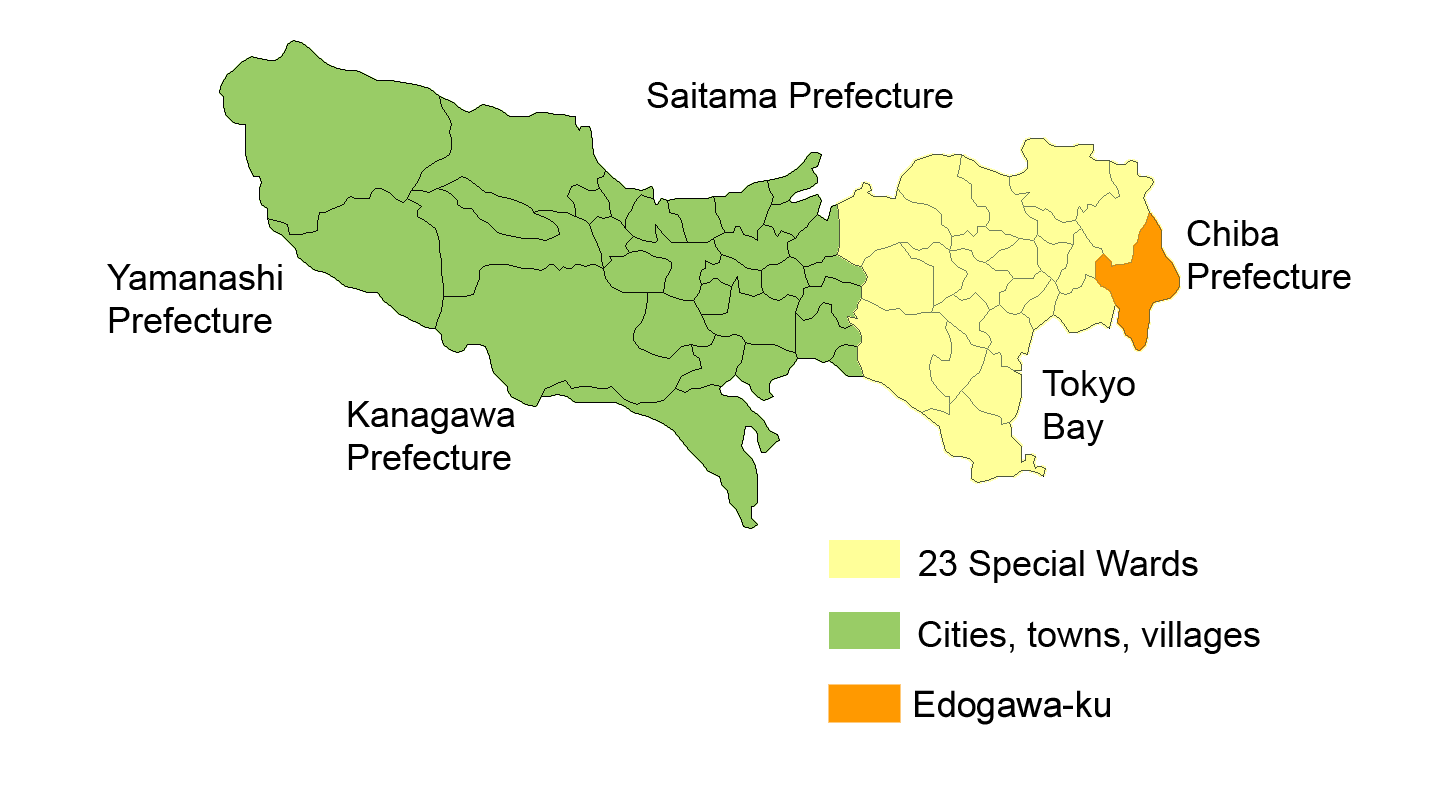 Elevation=
nihongo|Edogawa|江戸川区|Edogawa-ku is one of the of , . It takes its name from the river that runs from north to south along the eastern edge of the ward. In English, it uses the name Edogawa City.

The easternmost of the wards, it shares boundaries with the cities of Urayasu and Ichikawa in (to the east) and with the wards of Katsushika (to the north), Sumida and Kōtō (to the west). It meets the city of Matsudo in Chiba at a point.

Edogawa has a sister-city relationship with , . Domestically, it has friendship ties with the cities of Azumino in and Tsuruoka in .

The ward was founded in 1937 with the merger of seven towns and villages in Minami Katsushika District: the towns of Komatsugawa and Koiwa and the villages of Kasai, Shinozaki, Matsue, Mizue and Shikamoto.

*, actor
*, singer (formerly with )
*, actress
*, , , ,
*, volleyball player
*, baseball player (played for and currently with the )
*, 44th yokozuna in
*, entrepreneur
*, economist, professor at the graduate school of University

Public elementary and junior high schools are operated by the .