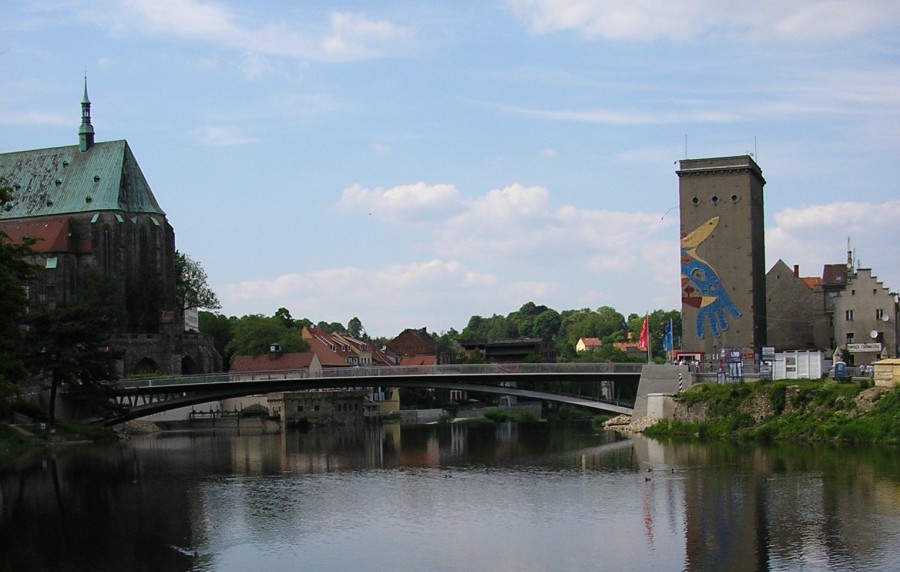 image_caption = Footbridge over the Neisse between and Zgorzelec 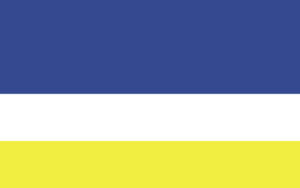 Zgorzelec [IPA-pl|z|g|o|'|ż|e|l|e|c] is a town in south-western with 33,278 inhabitants (2004). It lies in (from 1975&ndash;1998 it was in the former ). It is the seat of , and also of the smaller district of (although it is not part of the territory of the latter, as the town is an urban in its own right). Zgorzelec is located on the river, on the Polish-German border adjoining the German town of , of which it constituted the eastern part up to 1945.

Since before 1945 the modern-day towns of Zgorzelec and were a single entity, their history up to that point is shared.

The date of the town's foundation is unknown. It was first mentioned in 1071. At that time Görlitz was a small village named "Gorelic" in the region of , which soon after became a part of . In the 13th century the village gradually turned into a town. It became rich due to its location on the , an ancient and medieval trade road.

In the following centuries it was a wealthy member of the , consisting of the six Lusatian cities , Görlitz, , , and .

The town of in southern was founded during the reign of in 1354 by colonists from Görlitz.

Following , with the establishment of the line as the Polish-East German border, Görlitz (lying on the Neisse) was divided between the two countries. The German part retained the name Görlitz, while the Polish part became Zgorzelec. The German population was expelled from Zgorzelec and replaced by Poles.

In the 1950s a large number of Greek immigrants, mainly communist partisans defeated in the , were settled there. The Greek community of Zgorzelec was instrumental in the building of Ss. Constantine and Helen Orthodox Church in 2002. The was signed in the city between and in 1950.

Since the fall of in 1989, Zgorzelec and Görlitz have developed a close political relationship. Two of the numerous bridges over the Neisse river that had been blown up by retreating German forces in have been rebuilt, reconnecting the two towns with one bus line. There is also common urban management and annual common sessions of both town councils. In 2006 the towns jointly applied to be the in 2010. It was hoped that the jury would be convinced by the concept of Polish-German cooperation, but the award fell to , with Görlitz/Zgorzelec in second place.