Lower Silesian Voivodeship, or Lower Silesia Province[1] (in Polish, województwo dolnośląskie [vɔjɛˈvut​͡stfɔ dɔlnɔˈɕlɔ̃skʲɛ]), is one of the 16 voivodeships (provinces) into which Poland is currently divided. It lies in southwestern Poland. Its capital and largest city is Wrocław, on the middle Odra (Oder) river.

Although much of the region is relatively low-lying it also includes part of the Sudetes mountain range running along the Polish/Czech border. Popular ski resorts in Lower Silesian Voivodeship include Karpacz and Szklarska Poręba in the Karkonosze mountains. The town of Kudowa Zdrój, also in the Sudetes (west of Kłodzko near the Czech border), is a traditional spa town often visited by heart patients. Other important tourist destinations in the voivodeship include the chief city, Wrocław, as well as the towns of Jelenia Góra and Legnica. The town of Boleslawiec is famed for its pottery. 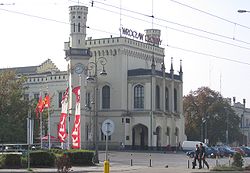 Wrocław Main Station is a major hub for regional logistics

GDP per capita in Lower Silesia Voivodeship: GDP in Poland: 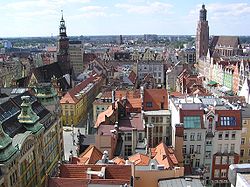 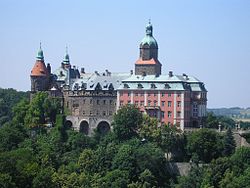 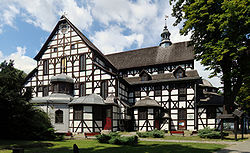 The voivodeship contains 91 cities and towns. These are listed below in descending order of population (according to official figures for 2006[2] ):

Lower Silesian Voivodeship is divided into 29 counties (powiats), three of which are urban, and the rest rural. These are further divided into 169 gminas. 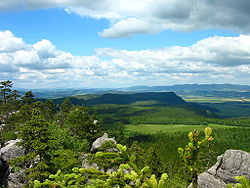 Protected areas in Lower Silesian Voivodeship include two National Parks and 12 Landscape Parks. These are listed below.