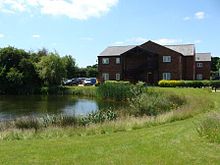 The following were created as divisions of Northgate Information Solutions:

The company was founded as CMC, or Computer Machinery Company, in 1969. They were originally distributors and subsequently manufacturers of Key to Disk computer systems made by the US-based Computer Machinery Corporation. The CMC Key to Disk systems were used by major companies and government departments for data capture (hence the name). In 1976, CMC developed a bit-slice based intelligent terminal—the P99—which it used both as a front end processor to the Key to Disk systems and as a terminal in its own right. It then evolved the CMC P99 into the P141—a true front-end processor, which it used to implement a new Data Capture system launched as SOVEREIGN. This was successfully used in manufacturing companies such as Rolls Royce, British Steel and various government departments including providing data capture for the DHSS at Newcastle upon Tyne. It later evolved into the M8000 system, based on Intel-processor-based systems.[1]

In 1981, the company was purchased by Microdata, a California based computer company, whose 1973 commercial released Reality operating and database environment product CMC was also distributing. The REALITY name was given to Microdata's computer system and the operating system—a version of the Pick operating system. At the time, Microdata owned rights to the Pick Operating system in parallel with Dick Pick - who had developed it with Microdata. CMC Leasing Limited (the official trading name) then changed its name to Microdata UK limited, aka MUK. The company then started UK manufacture of the Reality range of computer systems in its manufacturing factory in Maxted Road, Hemel Hempstead. Microdata was purchased by McDonnell Douglas Corporation in 1985 and the company was re-branded as McDonnell Douglas Information Systems Limited (MDIS).[1]

The company introduced the M9000 (aka Sequoia in US) which offered dynamic performance using soft loaded firmware and processor performance keys using the same hardware components to minimise sparing and maximise cost effectiveness, (although 1Mb memory sold for 25,000 GBP in those days). A new Manufacturing and Office complex was built in Boundary Way, Hemel Hempstead. Work starts virtually as soon as the building is open to double its size, so they became known as known as 'Phase 1 and 2' internally but 'Maylands Park' externally. The company then produced the UK designed Spirit processor which was launched as a lower end REALITY product as the M6000. Later the company developed the Series 19 (aka Pegasus) successor to the Sequoia using a world-wide development team spanning the two engineering facilities in Hemel Hempstead, UK and Irvine, California.[1]

In 1989, the second new building, known as Marylands Park South, was completed at Boundary Way to accommodate the thousand staff then at the head office location. At the time, the company was thought to have one of the largest company car fleets in the UK (Hertz).[citation needed]

1992 was the last year MDIS made a computer system from scratch, which meant the end of UK manufacturing for the company. It continued its hardware and systems integration work at Maylands Park North. It could do this because it had produced RealityX, an open platform REALITY environment (internally known for a time as CORA). This was the result of several years of development taking the REALITY Operating System (aka ROS) and re-engineering into a UNIX application capable of running on non-MDIS computers. RealityX provided not only end user/application compatibility but also provided it at the developer assembler level. The same source code was used for RealityX and the original REALITY implementations. RealityX allowed the REALITY Operating Environment and applications developed for REALITY to continue to be sold and maintained using best of breed open systems under the SeriesX name.

Initially MDIS used UNIX systems from Encore Computer, then from Motorola Computer Systems and Data General—all using M88k RISC processors and UNIX System V. Later they moved to run on Solaris-based systems from Sun Microsystems. The open approach eventually led to a Microsoft Windows platform in 1995 and continued feature enhancements that are still being developed as of 2007[update]. As a corollary to this operating environment, MDIS acquired and developed its PROIV fourth generation language (4GL), which was used worldwide by companies including Fujitsu. A variant was implemented on REALITY called ALL (Application Language Liberator).

In 1993, a management buyout occurred. At this time, and with the end of the Cold War, the parent company McDonnell Douglas was realising that they didn’t have another Microsoft on their hands and were susceptible to a cash offer.[original research?] 29 Senior Managers and Directors of the company, under the leadership of Jerry Causley CEO, and through Barings Bank, purchased the company from McDonnell Douglas.

In 1994, the company was floated on the London Stock Exchange under the MDIS banner. Shares were sold, at the flotation, for 260 pence each. Unfortunately within two months the shares were worth less than one pound.

Through the latter part of the 1990s, most of the original directors and senior managers left the company, to be replaced by a new management group. The new CEO, John Klien, took the reins after the company issued yet another profit warning to the stock exchange.

In 1998, the Maylands Park South Building was sold to 3Com. This complex had accommodated about 600 staff, who were either re-located to the other Maylands Park building or, with others in the group, made redundant.

In 1999, Chris Stone was appointed as a new CEO. At this time the company was losing about £100m per year and several years of downsizing and rationalisation followed. The company re-focused on its core, local Government and Public Sector (police, fire and ambulance) markets and application products (Payroll, Pensions and HR systems). Services such as hardware maintenance and managed services were also offered.

In order to re-brand the company, and shed the old loss making image, the company changed its name to its current name, Northgate Information Solutions, in 2000. This was actually the name of a small software house which the old MDIS company purchased years earlier.

Through "re-focusing", and the loss of about two thirds of the original MDIS staff, the business finally regains its profitability in 2001. Through the sale of the Health business unit, the company raises capital for acquisitions. At the company head office, now located in the original phase 1 and 2 three storey building, consolidate onto two floors.

From 2004 and on, the company continues its rapid growth. No longer a company stuck in the glory days of its history, struggling to re-shape to the changing business needs of its markets, it aggressively acquires business after business. In a significant move in focussing on application-led business, it acquires Rebus (previously Peterborough Software), one of its main competitors (HR Group, which provides HR and payroll solutions), and CIM Systems (communication technologies for control room environments). As a result of its larger capitalisation, it became listed on the London Stock Exchange FTSE 250 Index.

The company acquired the companies Sx3 and MVM Holdings Limited in 2005. A number of staff felt that they were now working for Sx3, due to the integration of their senior managers.

On Sunday, December 11, 2005, a major explosion and fire at the Buncefield oil depot immediately adjacent to the NIS building, effectively destroyed the Hemel Hempstead Head office complex. Fortunately the two managed services staff manning the Data Centre escaped unharmed. Other Hemel Hempstead based staff were told to report to offices in Oxford and Peterborough the following week. The share price dipped on the first trading day afterwards, but recovered by lunchtime. Fortunately the company had a well-practised Disaster Recovery programme, and the company moved its Managed Services customer system backups (which were stored off-site) to run on systems based at a site in Hounslow, where a number of Northgate staff ran these during the next few months. This included a full managed network for hospitals in East Anglia. Despite this taking place in December, when payrolls are usually run earlier than normal, every payroll for all Northgate's customers was run on time. The company became known as one that had successfully passed through a major physical disaster, and CE Chris Stone was invited to speak at various venues on commercial disaster recovery.

In October 2006, The share price fluctuated, and the company announced that they were subject to an unsolicited takeover approach.[2] It has since been announced that this has amounted to nothing.[citation needed]

In December 2007, Kohlberg Kravis Roberts agreed to buy the company for £593 million.[3]

In March 2008, Northgate Information Systems plc is de-listed from the London Stock Exchange following completion of the purchase by KKR.[4] The next month, Northgate achieved a position of forty-seventh out of one hundred in ‘Britain’s Top Employer 2008'.[5]

The most recent acquisition by the company was in November 2008, in which Northgate Information Solutions UK Ltd acquired Anite Public Sector Holdings Ltd from Anite plc.