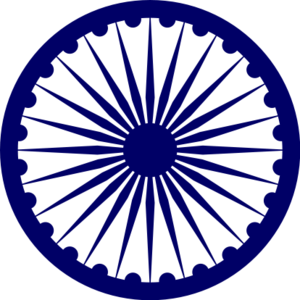 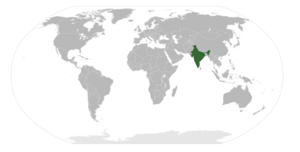 The Union of India sometimes known as the Dominion of India , was an independent state that existed between , and , .

When British rule in India ended in , two s were created to succeed it: the "Union of India" and the "". Created by the "" which was enacted by the British parliament, these states existed until the promulgation of their individual constitutions. In the case of India, this occurred on , ; the came into existence on that date.

held office as (and ) of the Union of India during this period.

As the British granted independence to their dominions in India in mid-August 1947, the two nations joined the British Commonwealth as self-governing dominions. The partition left Punjab and , two of the biggest provinces, divided between India and Pakistan. In the early days of independence, more than two million people migrated across the new border and more than one hundred thousand died in a spate of communal violence. The partition also resulted in tensions over leading to the .