Crespi Carmelite High School, called Crespi, is a private, Roman Catholic, four-year college preparatory all-male high school located in Encino, California in the San Fernando Valley of Los Angeles. It is part of the Roman Catholic Archdiocese of Los Angeles. The school was named for Friar Juan Crespi, and was founded in 1959 by the Carmelite religious order, and has been run by the Carmelites since that time. 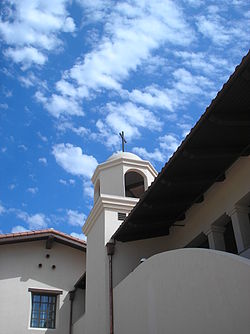