The first initiative in establishing a defense industry in Turkey goes back to the period of the Ottoman Empire. Defense industry which had a strong position up until the 17th century, stayed outside the technological developments in Europe since the 18th century and has totally lost its impact starting from the World War I.

Thus, no significant defense industry infrastructure was present during the first years of the Republic and activities in this domain were limited to the establishment of new facilities near Ankara during the Turkish War of Independence. Having the view that defence industry is a part of the overall industrialization and development, the Republican Administration supported the State’s guidance in industrialization and therefore the defense industry during the first planning period. Despite such activities as the in-country aircraft production, a strong –infrastructure could not be established due to internal an d external conditions.

In the post World War II Period, activities in defense industry initiated during the first years of the Republic were not sufficient due to lack of State support, which came to a halt as a result of the foreign military aid received upon promotion of bilateral relations with the United States and Turkey’s membership of NATO.

However, regional problems Turkey faced in the 1960s, Cyprus crises in 1963 and 1967, Cyprus Peace Operation in 1974 and the arms embargo following the Peace Operation necessitated the development of a defence industry based on national resources. After 1974 Turkish Armed Forces Foundation were established with this understanding and some investments, though limited were initiated.

Besides the administrative and financial difficulties in maintaining and improving the national capabilities, limited national resources as well as the procurement policies proved insufficient to fill the increasing gap in Turkish Armed Forces defence equipment.

Machinery, craftsmen and workmen transferred discretely from Istanbul and its surroundings at the end of the Ist World War played a crucial role in winning the War of Independence. Small scale and simple workshops in Ankara, Konya, Eskişehir, Keskin and Erzurum not only provided light weapons and ammunition but also lay the foundation for a sound local defence industry infrastructure.

General Directorate of Military Facilities was set up in 1921. Establishing and industry of weapons and ammunition was discussed for the first time during the İzmir Congress of Economics. In 1924 a facility for repair of light weapons and artillery and another facility for ammunition and carpenter work in Ankara; in 1924 a new ammunition facility in Ankara; in 1930 a capsule facility in Kayaş; in 1931 a power plant and steel facility in Kırıkkale ; in 1936 a facility for gunpowder, rifle and artillery; in 1943 a facility for gas masks in Mamak were established. In addition, Nuri KILLIGİL facility set up near Haliç region, İstanbul; in 1930 was then one of two private firms producing weapons. Producing pistols, 81 mm mortar and its ammunition, explosives and pyrotechnics, this facility provided support to the Turkish Armed Forces during the World War II.

Turkish aviation industry was initiated through the establishment of Tayyare ve Motor Türk AŞ (TamTAŞ) in 1926. The facilities of TamTAŞ established in Kayseri, started production in 1928; until 1939, a total of 112 aircraft –15 German Junkers A-20s, 15 US Hawk fighters, 10 US Fledging trainers, 15 German Gotha liaison aircraft –were produced. After completion of the maintenance of the aircraft in the inventory of the Turkish Air Force Command, TamTAŞ suspended aircraft production in 1939.

24 Nu. 37 aircraft and many gliders were produced in the aircraft facility founded by Nuri DEMİRDAĞ in Istanbul in 1936. but this private firm was out of operation in 1943.

The first major initiative in the aviation industry was the formation of an aircraft facility by Turkish Aviation Association in Ankara , 1941. Starting production in 1944, this facility produced 80 Miles Magister trainer aircraft, two –engine ambulance aircraft THK-10 light transport aircraft, 60 Ugur two-seater trainer aircraft and various types of gliders. The first aircraft engine facility was set up in Ankara, in 1945 and started production in 1948. various facilities were established in Malatya between 1942-43 in order to repair and maintain the aircraft procured from the United Kingdom during the II nd World War.

Foreign military aid that started upon Turkey’s membership in NATO and increased within a short period stalled the development of local defence industry which was at its preliminary stage of formation.

Instead of improving the local defence industry, foreign aid and foreign procurement were practiced during this period. Because of the Cold War and military and political polarization after the 2nd World War, Turkey met its defence requirements through and in the framework of the NATO.

Within the impact of the increasing foreign aid in the post-IInd World War period, efforts for the development of local defence industry slowed down; orders of the Turkish Armed Forces from the local suppliers decreased, thus military facilities became a part of the Machinery and Chemical Industry Corporation (MKEK) which was formed as a State Economic Enterprise on 15 March 1950.

Development of, weaponry and equipment in the inventory of the Turkish Armed Forces was kept on the agenda by the Research and Development Department formed in 1954 under the Ministry of Defence in 1970, development studies of defence industry were reactivated.

It was a period regional conflicts and the Cyprus issue. Cyprus crises in 1963 and 1967 and the Cyprus Peace Operation in 1974, the arms embargo imposed on Turkey as a result of this Peace Operation proved the need for a national defence industry. During the crises, Turkey was face with the difficulty of dependence on foreign supply. The deadlock experienced in this period caused to seek ways to reactivate national defence industry. During this period in which investments based on import substitution were common, production of G-3 and MG-3 rifles by the MKEK under German licenses were concrete examples of this policy put into practice.

1970s have been the period in which solid initiatives were put into force so as to establish a national defence industry. As a result of the national reaction to the arms embargo against Turkey, Armed Forces Foundation were established. Although these Foundations formed enterprises such as Aselsan, Havelsan, Aspilsan thanks to the donations, it was soon realized that the actual need for a defence industry as required by the contemporary age could not be met through the Foundations.

In 1980s, state initiative was undertaken to realize the modernization of the Turkish Armed Forces and the establishment of a national defence industry based on contemporary technology was set as the primary goal.

The first step in this direction was taken by the establishment of defence equipment Directorate as a state enterprise. However, the shortcomings stemming from its state-bound status prevented the success and all the properties of that enterprise were transferred to the Undersecretariat for Defence Industries (SSM) which was established in 1985 under the Law No: 3238

One of the main tasks of the SSM is to re-organize and integrate the existing national industry so as to satisfy defence industry requirements, encourage new enterprises and channel them according to the integration and requirements, seek possibilities for foreign capital and technology contribution, guide enterprises and make plans for state participation in this respect.

Over the last 21 years since its establishment, and as a result of dedicated efforts, the Undersecretariat for Defence Industries has made real achievements in the creation of a modern national defence infrastructure in Turkey, with highly successful results in certain vital areas. Key defence industrial institutions have been established to meet the requirements of the Turkish Armed Forces through local sources, each of which fill an important gap in their scope of activity.

Additionally, some important capabilities have been obtained in the framework of the projects and industrialization activities. Briefly these are as follows:

Turkish defense industries are now able to manufacture authentic products and have a wide research and development programme in which main supporter is TÜBİTAK .

As a result of SSM projects now we have existence of a defense industry in Turkey. There are very sufficient sub-system producers, firms in Teknokent, small and medium sized enterprises, research institutions and universities. 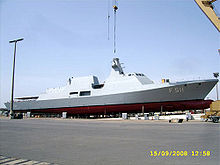