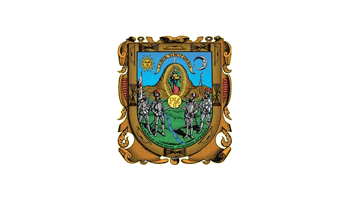 Zacatecas is one of the 31 constituent states of . It is located in the north-central region and it is bounded to the northwest by , to the north by ,to the east by , to the south by and and to the southwest by and . The state is best known for its rich deposits of ore, its colonial architecture and its importance during the revolution. The state is also known as one of the safest states in the country. Zacatecas has 58 municipalities and the main economic activities are mining, agriculture and tourism. The state shares its name with its capital and chief center of population, the city of .

"Zacatecas" is the -derived name for one of the indigenous peoples who inhabited the region before the arrival of the Spanish. The name ultimately derives from the Nahuatl word for a type of grass common in the region, "zacatl". The region where this grass grew was originally called "Zacatlan", and its inhabitants, "Zacateca", pluralized in to "Zacatecas".

Besides the Zacatecas, the , , and were also reported by the Spanish to be inhabiting the region which comprises the modern state of Zacatecas.

Zacatecas is located in the great central plateau of Mexico, with an average elevation of about ft to m|7700. The state is somewhat mountainous, being traversed in the west by lateral ranges of the , and by numerous isolated ranges in other parts &ndash; Mazapil, Norillos, Guadalupe and others. There are no large rivers, only the small head-streams of the Aguanaval in the north, and of the Guazamota, Bolaños and Juchipila in the west, the last three being tributaries of the Rio Grande de Santiago. The climate is dry and mostly falls in the semi-arid steppe type, although moisture from the Pacific does influence the state in Summer, particularly western sections.

There are forest of s and in the sierras; in the valleys and plains there is a great abundance of , , , , pastures, huisache, and many other semi-desertic plants.

In the sierras there are many , and ; in the valleys and plains it is common to find , , and .

The agricultural products are , and , the first being dependent on the rainfall, often failing altogether, the second on irrigation in the lower valleys, and the latter doing best in a dry climate on a calcareous soil with water not far beneath the surface. There is also a considerable production of es, s and s, the last being made into . A few are raised, and considerable attention is given to the rearing of , s and . A natural product is , a shrub from which is extracted.

The chief industry of Zacatecas, however, is for , , mercury, , , , , , and salt. Its wealth was discovered soon after the conquest, and some of its mines are among the most famous of Mexico, dating from 1546. One of the most productive of its silver mines, the Alvarado, has records which show a production of nearly $800,000,000 in silver between 1548 and 1867. Thanks to Zacatecas and its mines, Mexico has been the largest producer of silver in the world.

The state is traversed by the Mexican Central and the Mexican National railways. Its manufactures are limited chiefly to the reduction of mineral ores, the extraction of rubber from "guayule", the making of sugar, , , , len and fabrics, and some minor industries of the capital.

The state of Zacatecas has a population of 1,441,734 inhabitants. It has more than tripled in a century, in 1900 its population was 462,190. About 75% of the population is and 25% is white. In the year 2000, Zacatecas had the smallest indigenous population percentage-wise in Mexico: 0.3%. Only the state of has a smaller number of indigenous people, numbering 3,472; Zacatecas has 4,039 indigenous people. [cite web|url=http://www.houstonculture.org/hispanic/census.html|title=The Hispanic Experience - Indigenous Identity in Mexico|author=Schmal, John P.|year=2004|accessdate=2007-12-15] In the last ten years, Zacatecas' population has grown a mere 6%, well below the country's average growth of 20%. [cite web|url=http://www.time.com/time/covers/1101010611/fvillage.html|title=The New Frontier|publisher=|author=Katel, Peter|year=2001|accessdate=2007-12-15] It is estimated that half of the people from Zacatecas do not reside in the state. The biggest concentration of Zacatecanos outside Mexico is in the United States, with a population of approximately 800,000-1,000,000, almost as many people as in the state itself. Most are concentrated in cities such as, , , , , and Phoenix. It fact, there are more "Zacatecanos" living in the area than in the city of Zacatecas itself.

The state has touristic cities like: Zacatecas, and . Near Sombrerete is a small town called , it is small but on July 27 they have a big festival celebrating the saint "San Pantaleon". There are other places like Jerez, and places like Sierra de Organos, Sierra de Cardos, and Altavista.

*Zacatecas: The colonial center of this city is a UNESCO World Heritage site and features elaborately decorated buildings, cobblestoned streets, and wrought-iron lanterns.
*Sombrerete: Colonial city established in 1555 as a village, actually is a small city, is the fifth most important in the state, and considered the second most beautiful city in the state. The city features old and beautiful churches built in the New Spain Era, with decorated, old buildings. The municipality has touristic forests, and Sierra de Organos, world famous for filming of western movies.
*Jerez de Garcia Salinas: A city near the capital city of Zacatecas (Zacatecas City), has colonial buildings and the Santuario and Parroquial Churches, made known internationally by Lopez Velarde, a writer born in that city. It also has beautiful colonial buildings some of which are now lighted at night. Jerez was designated as a "Pueblo Mágico" in 2007 because of its customs, traditions, cuisine and its people. More than 20 years in the past (1988) it had already been designated as a National Monument.

The current governor of Zacatecas is Amalia García Medina (PRD) who will end her 6 year term in 2010 after winning the election of 2004. She became the first female governor on September 12, 2004. The state is represented by three representatives in the Mexican senate: (PRD), (PRD) and (PAN). Zacatecas also has 9 representatives in the Mexican Chamber of Deputies: 9 of the , 3 of the National Action Party and 1 of the Ecologist Green Party.

Zacatecas is subdivided into 58 municipalities "(municipios)". Mazapil by far is the largest municipality in the state, occupying about 16% of the area of the state. The is the smallest one in area with only 164.538 km².