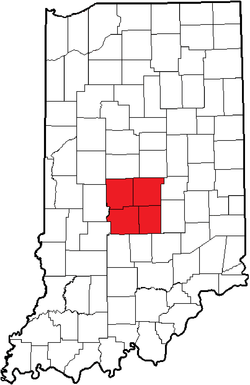 The Mid-State Conference within Indiana