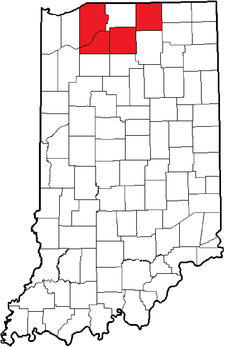 The Northland Conference within Indiana

The Northland Conference was an IHSAA-sanctioned conference in Northern Indiana. The conference formed in 1998 with six schools, and disbanded in 2008, after two schools left to join the Greater South Shore Conference.