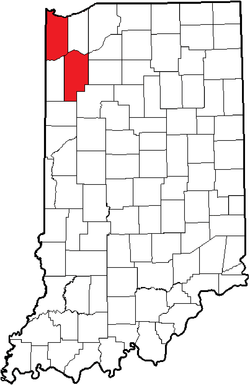 The Northwest Crossroads Conference in Indiana

The Northwest Crossroads Conference is a seven-member IHSAA-sanctioned athletic conference. Six of the seven institutions are in Lake County, while the seventh, Kankakee Valley, is in neighboring Jasper County. This conference was created in 2007, following the disbandment of the Lake Athletic Conference.