SiN Episodes is the title of a series of episodic games for the PC that would have expanded upon the 1998 computer game SiN. A total of nine episodes were planned with only the first one released. Developed by Ritual Entertainment and powered by the Source engine, the first episode "Emergence" was the first computer game by a major developer to both be produced episodically and delivered over the Internet without the intervention of a publisher. This was accomplished through Valve Corporation's Steam content delivery system.

In 2007, Ritual was acquired by casual game developers MumboJumbo, stalling the franchise and leaving the future of the series uncertain. With the sale of Ritual to MumboJumbo[1] and departure of several employees,[2] all future development of Sin Episodes appears to be delayed indefinitely, if not entirely canceled. MumboJumbo has already tasked Ritual to develop "high-quality casual content."[3]

Arena Mode is a new single player mode and was designed to run a contest at E3 2006 as part of a promotion alongside Vigor Gaming. This high score mode is superficially similar to Max Payne 2's Dead Man Walking and Resident Evil series' The Mercenaries mode, where the objective is to survive as long as possible among the steadily spawning and increasing enemies. Unlike Max Payne however, there are time limits to the maps and it is possible to survive an entire round. The scoring system is also tied to the Personal Challenge System which runs at a much higher rate than in the main game. The challenge level changes every few seconds depending on the player's performance and the higher the challenge, the higher the rate of points that are accumulated. This mode was introduced into the game on June 26, 2006 with four maps available.[4][5] An update was released on July 18, 2006 which included three further maps.[6]

Freeport City is a bustling, futuristic megacity with a population of 27,000,000 and described as a mix of New York, San Francisco, and Tokyo. Areas that are featured in Emergence include the Freeport Docks, Sintek Supremacy Tower, and Radek's hidden drugs lab on board a beached, derelict oil tanker. 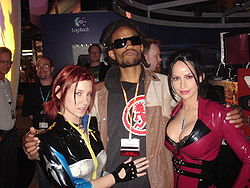 Ritual's original intention was to release an episode every six months that would cost US$19.95 and take around four to six hours to complete.[8] A total of nine episodes were envisioned.[3] Although originally released as a single-player game, various multiplayer modes were planned including co-operative and team based modes.

One of Ritual's main design goals with SiN Episodes was to offer interactivity, character-driven gameplay, emergent AI, and a plot reflecting the choices made by players through an opt-in statistics system that aggregates play data to a database: the intention that future episodes would thus depend on the choices that are made by each player. 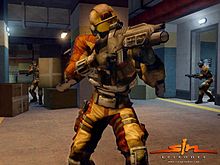 Three Mercenaries, two with the Assault Rifle, one with the Scattergun. The closest one is a heavy version and has a helmet

SiN Episodes is built on the Source engine with additional technology added by Ritual.

Unlike the disjointed electronic tracks which changed from map to map as in the original, "Emergence" employs a more focused approach by utilizing a central unifying theme underscoring other elements of the soundtrack. This method was inspired by the approach used by John Barry in the Goldfinger film and other James Bond style soundtracks. The central motif used was Jessica Cannon's theme, the song "What's the World Come to", sung by Sarah Ravenscroft.[14][15] 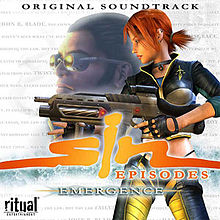 SiN Episodes: Emergence received generally favorable reviews and currently holds the score of 75 on MetaCritic.[16] As of January 27, 2007 the game has sold 150,000 units, enough to recoup development costs but not enough to fund a sequel.[17]