Music and Me (Michael Jackson album)

Music and Me (Michael Jackson album) 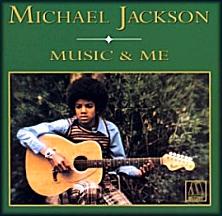 "Music and Me" was the third solo album by American singer , released in 1973 on the Motown label.

The album was released during a difficult transition period the young singer was experiencing due to vocal changes and a changing music landscape. Having been influenced by fellow Motown label mates such as and , Jackson had expressed an opinion on having material he wrote to be featured on an album with Motown. However, the label failed to allow him that option.

Despite the cover of Jackson strumming an , the singer did not play any instrument on the album and soon expressed his frustrations to his father, Joe Jackson, who later helped negotiate Michael and his brothers off their Motown contract in protest.

Since Jackson was on a world tour with his brothers as a member of , promotion on this album was limiting and only one single, the cover, "", was released as a single. Jackson took two years to work on a follow-up album that focused on his maturing voice which became, .

#Rockin' Robin
#Johnny Raven
#Shoo-Be-Doo-Be-Doo-Da-Day
#Happy (Love Theme From 'Lady Sings The Blues')
#Too Young
#Up Again
#With A Child's Heart
#Ain't No Sunshine
#Euphoria
#Morning Glow
#Music And Me
#All The Things You Are, Are Mine
#Cinderella Stay Awhile
#We've Got Forever