Al-Ain Sports and Cultural Club (Arabic: نادي العين‎; transliterated: Nady al-'Ayn) is a professional association football and mult-sports club based in the city of Al Ain in the United Arab Emirates. The football section of Al Ain won the 2003 AFC Champions League competition with a 2-1 aggregate victory over BEC Tero Sasana of Thailand.

Al Ain Club is by far the most successful club in the UAE.[citation needed] The team was established in 1968 in Al Ain. The team quickly gained popularity and recognition throughout the country, being the team with the most tournament titles (54 in Total) and the team with the most UAE league titles (14). Furthermore, the club is the first and only UAE side so far to win the AFC Champions League.

The Al Ain purple jersey was inspired by the Belgian Club Anderlecht's colours during a football training camp in Morocco in 1977. Al Ain's previous colours were green and then red but they are now permanently purple.

Tahnoun Bin Mohamed Stadium is one of the home grounds of Al Ain. The stadium holds approximately 15,000 people and was built in 1987.This stadium played host to two AFC Champions League final matches one in 2003 and the other in 2005.[1][2][3]

Sheikh Khalifa International Stadium is the second stadium for Al Ain ,holds 12,000 people. One of the most famous events to be staged on this stadium was the group E matches of the 2003 FIFA World Youth Tournament and the stadium also hosted some matches from the 1996 Asian Cup.[4][5] 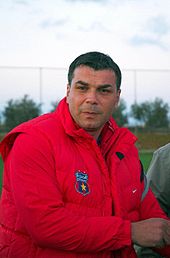 Current board of directors

In the past HH Sheikh Sultan bin Zayed Al Nahyan, half brother of Sheikh Khalifa and Sheikh Mohammed also chaired the club in 1970s.[7] 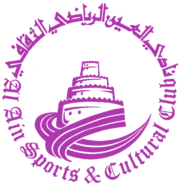